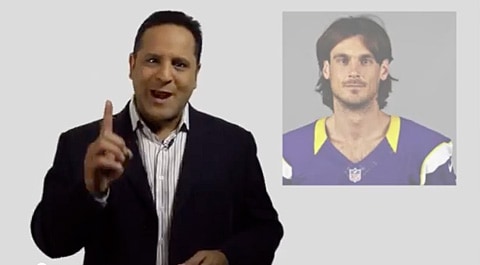 Kluwe isn't having it, responding to Goddard, a former sports tv host, on Twitter: "So @heydamo, I'm curious. Where is the logical backing for your arguments? All I see are a bunch of ad hominem attacks and fallacies…I'm also curious @heydamo, why you think that discrimination should be tolerated by people, especially those relying on freedom of religion…Also, @heydamo, for future reference, I'm a punter, not a kicker. I'd say do some research, but clearly that's beyond you…You can deny you're a bigot all you want, but when you discriminate against people, your actions speak for you."