If you take film critics, Rotten Tomatoes, or any review aggregate site seriously you might think that future Oscar contender The Post (86%) is a pricey gift from Santa Spielberg that’s come exquisitely wrapped for Christmas. You might also believe that the new Hugh Jackman musical The Greatest Showman (51%) is an oversized lump of coal fouling up your otherwise pretty stocking. Don’t fall for that anti-fun / theme=worth messaging; See both for a well-rounded holiday week at the movies!

THE POST
Steven Spielberg does like his bookends (think the candle procession in Schindler’s List or the framing of Saving Private Ryan). The Post follows suit but the contextualization this time isn’t entirely successful. We begin with a war reporting trip to Vietnam in 1966 and the story doesn’t end until Watergate but the meat of the movie is not in the political history it tries to cram in but in the minutae of the newspaper business and the sanctity of the freedom of the press — ideas that transcend whatever the current political context is (and thus make the film feel unusually timely despite the hairdos as that oaf in the Oval keeps attacking the press).

“Are you sure we’re striking the right tone?” Katharine Graham (Meryl Streep), who owns the Washington Post, asks its managing editor Ben Bradlee (Tom Hanks) in the first scene between the film’s two leads. Their playful conversation turns terse and Ben makes it known he doesn’t like her interference. The push and the pull between the superstars, who’ve never been onscreen together, gives The Post its early spark.

But the film is slow and methodical and doesn’t really start crackling until its last act when the arcs of both characters dovetail as they wake up to the ways they’ve been compromised and make their final decisions about what goes to print and when. The Post might not be one of Streep’s greatest performances but her close-up on the telephone at the film’s climax, a moment which could cost Graham her entire livelihood and her family tradition, is one of the most electric single scenes of her lauded career.

Elsewhere though, while the movie is inspiring and involving — the direction, editing, and design do a smart job of celebrating old school printing presses, and the relentless physical and mental stamina required of journalists — it’s also a little stiff from time to time. Spielberg is always foregrounding the film’s own importance visually and sonically rather than letting the gravity of the situation slowly dawn on you as it does Graham and Bradlee. 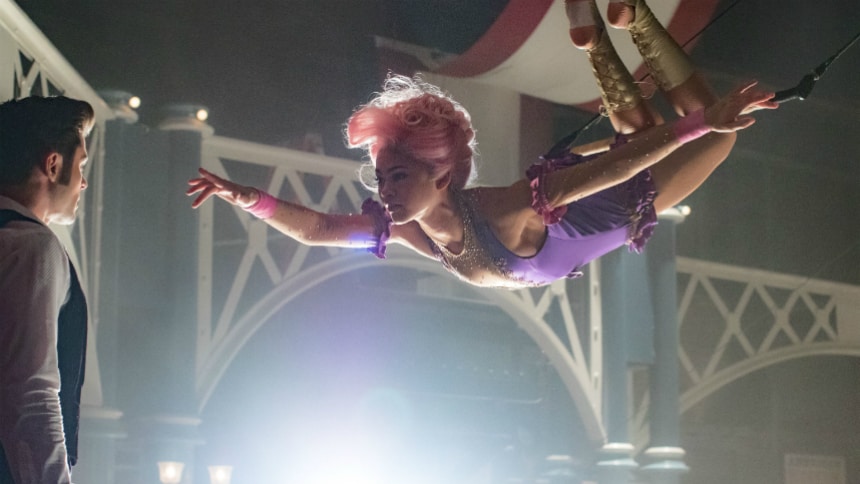 THE GREATEST SHOWMAN
While Spielberg’s film walks with confident, nay, cocky swagger, the new Pasek & Paul musical The Greatest Showman is quite a different more anxious beast. There’s no walking at all. In its place is brisk jogging, spinning, and much leaping to-and-fro to hold your attention. It’s naked desire to please is either adorable or triggering, depending on your comfort with the movie musical genre.

I am very comfortable with the genre — my favorite — so take that as you will since musicals are the most Rorschach testy of film genres. The only thing that triggered me was Michelle Williams constant alien smiling which was creepy and unnerving given her usually tragic screen persona. Hell, I even loved the bald rip-offs of Moulin Rouge! (a masterpiece which The Greatest Showman is decidedly not… let’s not be crazy) in which the in-movie audience calls back in song to the performers during the title track. 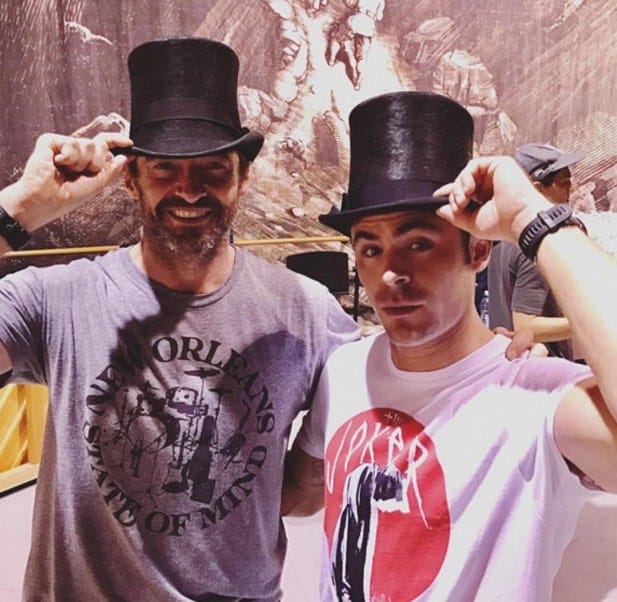 Hugh Jackman plays P.T. Barnum the infamous 19th century businessman who founded the Barnum & Bailey circus. The movie tracks his rocky rise to fame and fortune but only as a rickety makeshift conveyor belt on which to place big swoony ballads (“Never Enough” and “Rewrite the Stars”) roof-shaking belters (“This Is Me”) or those numbers which manage to do all things at once as they swing from emotional character beats to foot stomping dance parties (the exuberant climax “From Now On”).

I devoured the movie like the cotton candy that it is —  sweet, funny, colorful… and also weirdly artificial and empty but who cares?!  Highlights include the inventive acrobatic choreography of the Zendaya and Zac Efron duet “Rewrite the Stars” — which is an uber-watchable mix of the impossibly graceful and believably clumsy (their mid song tumble onto the ground is bliss) and Hugh Jackman in general; you can feel the star’s passion for this show in all the right places.

The Greatest Showman has already been punished by critics, professional and amateur. It had some of that coming when it opted to cast a critic as the villain within the picture (you’re just asking to be trashed now, movie!). It even goes so far as proposing in the dialogue that critics can feel no joy. As for the historical inaccuracy gripes which are abundant online it’s true that it paints a far too rosy picture of a problematic-at-best man.

But if you’re looking to the musical genre for historical accuracy you’re watching movies wrong! Musicals have rarely strived for realism — it’s not the genre’s forte — and calling this a “biopic” is like saying that Star Wars is a family drama. It’s technically sort of true but entirely misses the point.

The Post may well be, objectively speaking, the better film. But if you’re here for its freedom of the press and feminist messaging (as I certainly was), you’re the choir that’s just been bluntly preached to. You’ll get everything you need from it the first time, so it probably won’t age well should it win Best Picture in March. 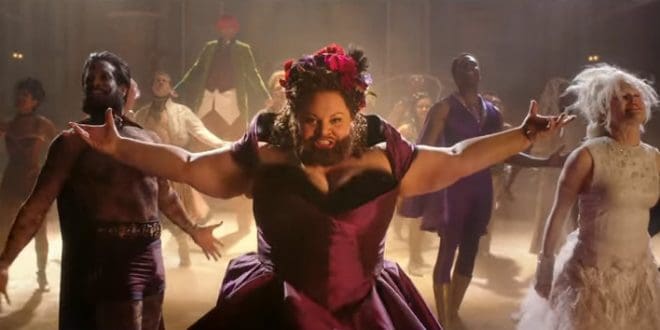 Listen, objective quality isn’t everything.  The nicest Christmas present under your tree might not be the one you want to play with the most. I’m not ashamed to say that I’ve already seen The Greatest Showman twice and had even more fun the second time when I’d given up the dream of it being “great” and could settle for embarrassingly earnest good fun.  Reviews be damned, I shall return for round three splattered though I may be with tomato juices. To quote Pasek & Paul’s Golden Globe nominated and machine-calibrated inspirational earworm:

I’m not scared to be seen. I make no apologies, THIS IS ME.

Previous Post: « ‘Neo Nazi’ Teen Allegedly Killed Girlfriend’s Parents for Telling Her to Break Up with Him
Next Post: Lewis Hamilton Shamed His Nephew in Front of 5 Million People for Wearing a Pink Princess Dress »