On behalf of millions of people, never stop fighting for freedom. pic.twitter.com/5wcopo041U 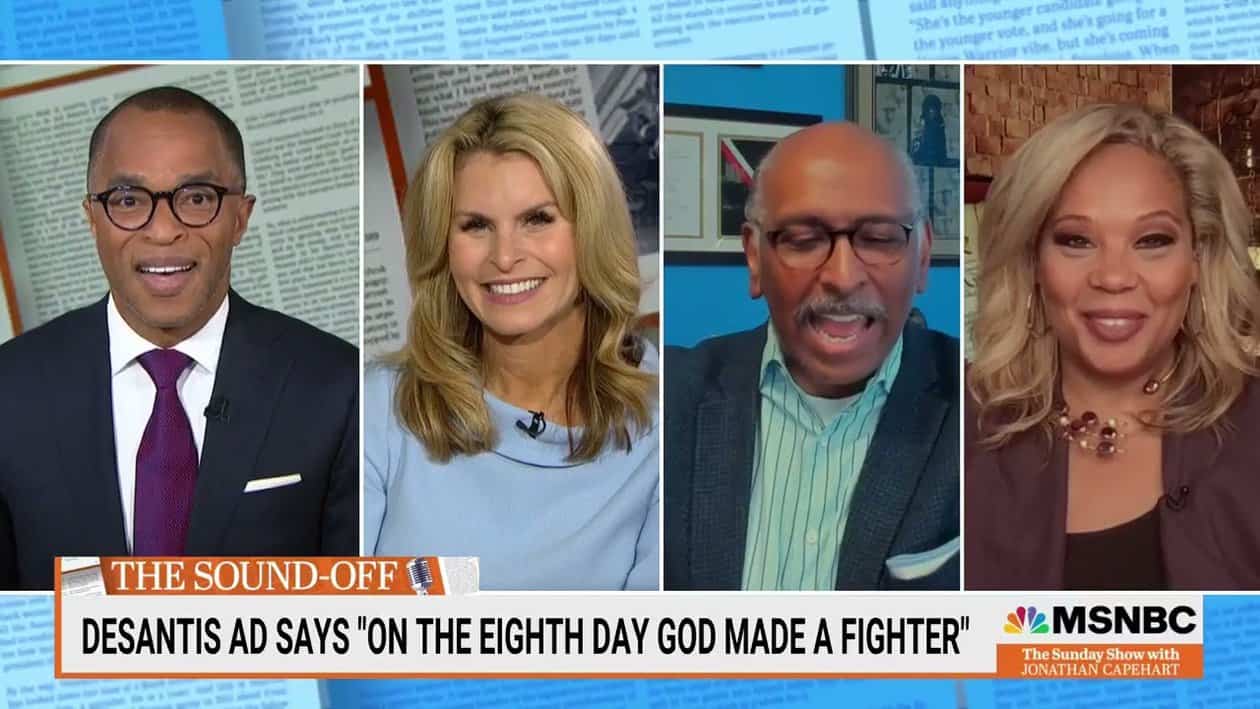 By Tom Boggioni During an appearance on MSNBC’s “The Sunday Show,” former Republican National Committee chair Michael Steele went on a blistering rant about an ad coming from Gov. Ron DeSantis’ campaign claiming “On the 8th day God looked down on his planned paradise and said: ‘I need a protector.’ So God made a fighter.” By which the campaign means the controversial Florida Republican governor, in the ad tweeted out by the wife of DeSantis. After watching a fragment of the ad served up by host Jonathan Capehart, Steele shook his head before launching into an epic rant. “That is some of the mo…