GLAD Civil Rights Project Director Mary Bonauto came out today with her latest attack on DOMA. This time it's out of Connecticut, a marriage equality state, but the case is strikingly similar to Gill v. OPM, a case that challenged DOMA Section 3 out of Massachusetts and resulted in a decision by District Judge Joseph Tauro declaring a federal definition of marriage between one man and one woman unconstitutional. Like the plaintiffs in Gill, the plaintiffs in Pedersen are being denied federal benefits because of the federal definition of marriage even though they are legally married in states like Connecticut or New Hampshire, for example. The lead plaintiff, Joanne Pedersen, is retired from the Department of Naval Intelligence but is unable to put her same-sex spouse on her health plan. The other plaintiffs cannot get leave under the Family and Medical Leave Act or benefits through Social Security. GLAD is seeking a declaration that DOMA's one-man-one-woman definition of marriage discriminates against these plaintiffs because it denies them benefits all straight couples can get. 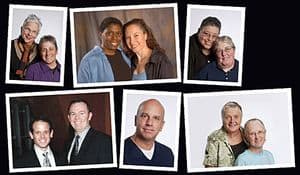 In one sense, then, this case is about tangible benefits, the monetary accouterments of being married. Those benefits are significant — death benefits help pay end-of-life costs, health care costs can skyrocket. The case is also an "as-applied" challenge, meaning it is about the denial of benefits to these specific plaintiffs. This fact distinguishes this face from Log Cabin Republicans v. United States, which was a facial challenge to Don't Ask, Don't Tell. In the case of an as-applied challenge, the plaintiffs argue that a given law is discriminating against them in the provision of benefits — someone had to try to get those federal benefits before bringing the case; in the case of the facial challenge to DADT, the LCR is bringing the case on behalf of its members who have been dismissed, couldn't join the military or would join the military if they were applied to serve openly.

But, just because this case hinges on the denial of benefits and only refers to these plaintiffs does not make it a pure issue of money. GLAD notes that this is discrimination, pure and simple, and as-applied challenges can result in the declaration of the entire statutes as unconstitutional just like facial challenges.

This case has a strong likelihood of success. It parallels closely the Gill case and purposely so; the District of Connecticut, where this new case is being brought, will find Judge Tauro's ruling persuasive. The same law applies, the same problem exists. This is meant to be part of a "pile on" strategy. It is not meant to mandate same-sex marriage everywhere, but just to overturn DOMA's definition of marriage that denies all federal benefits to same-sex couples legally married in certain states. In that way, it is meant to return federal marriage law to what it was before DOMA — namely, where the federal government recognizes marriage law as codified by the various states.

Notably, the Pedersen Complaint argues that the DOMA's resulting discrimination violates the due process clauses (Fifth and Fourteenth Amendments, where applicable). In deciding Gill, Judge Tauro sought refuge in the Tenth Amendment, the provision that grants those powers not enumerated in the Constitution to the States. DOMA is conducive to a Tenth Amendment challenge — marriage law has always been the purview of the states and DOMA injected federal law where it never was before. It is a controversial amendment these days, a favorite of the Tea Party and conservatives interested in weakening the federal government. GLAD may make the Tenth Amendment argument in the future, but it is noticeably and perhaps purposely absent from the Complaint.

Read the full complaint, below.

The ACLU and Paul Weiss are bringing the case of Edie Windsor, the 81-year-old widow of Thea Spyer, subject of the documentary, Edie and Thea: A Very Long Engagement, and who was forced to pay $350,000 in estate taxes on Thea's estate upon her death because the federal government did not recognize that the two were married. Had DOMA Section 3 not been on the books and Edie enjoyed federal recognition of her marriage, Thea could have passed her entire estate to Edie tax free.

This case is out of New York, which does not have marriage equality, but recognizes same-sex marriages legally performed elsewhere. That only slightly changes the legal landscape, but not in any significant way. Suffice it to say, Edie's and Thea's marriage was legal in New York, and while they received state benefits, they received no federal benefits and were subject to the federal estate tax. Because they weren't married in the eyes of the federal government, which permits estates to pass from spouse to spouse upon death tax free, Edie was treated differently than similarly situated heterosexual couples simply because Edie is a lesbian and married a woman.

The ACLU is asking for a declaration that DOMA Section 3, as applied to Edie via the IRS code, is unconstitutional. Edie is seeking her $350,000 back from the government.

I find it difficult to imagine what kind of argument the Department of Justice will put forth saying that Edie should be treated differently than any other widow, at least an argument that has not already been foreclosed by Judge Tauro's decision in Gill. The DOJ may offer those defenses — as it is permitted to — and may try to exploit the nature of marriage equality in New York, though that argument eludes me at the moment. I will continue to think about possible arguments from the DOJ and address them in this column, as one of our strongest tactics is to anticipate our adversary's moves and pre-empt them.

Good luck to GLAD, the ACLU and Paul Weiss. We are indebted to your efforts. 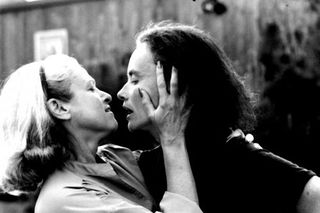 There's an old battle technique that involves attacking your enemy with overwhelming force from all sides. It's (un)officially called "kick the bejesus out of your enemy." Sun Tzu knew it, Colin Powell knew it and the lawyers fighting for gay and lesbian equality know it. Today, lawyers from GLAD and the ACLU (through their pro bono attorneys at the well-regarded Paul Weiss law firm in New York) are filing two separate lawsuits challenging Section 3 of the Defense of Marriage Act (DOMA), which defines marriage as between a man and a woman at the federal level.

This is the latest salvo in a plan that is being executed on multiple fronts. There have been state challenges to state bans on same-sex marriage (e.g., Varnum v. Brien in Iowa and Kerrigan v. Commissioner of Public Health in Connecticut). There are federal challenges to state bans on same-sex marriage (e.g., Perry v. Schwarzenegger, the Prop 8 case). There are political efforts to oust anti-gay politicians (e.g., Fight Back New York has been particularly successful here), and there are admittedly less successful political efforts at the federal level (e.g., a stalled Employment Non-Discrimination Act and a repeal of Don't Ask, Don't Tell that appears in jeopardy). There are federal challenges to DOMA Section 3 from states (e.g., Massachusetts v. Department of Health and Human Services filed by the much maligned politician, but highly capable Mass. Attorney General Martha Coakley). And, there are individual as-applied challenges to DOMA Section 3, which has the effect of denying federal benefits to gay individuals legally married in those states that have marriage equality. While the battle analogy gives me pause as a lawyer — our legal system may be adversarial, but war is a qualitatively different animal best left to activists — these two new cases, Pedersen v. Office of Personnel Management and the ACLU's case on behalf of Edith Windsor, are two more steps with a strong likelihood of success.

Kudos to GLAD, the ACLU and the partners and associates at Paul Weiss in New York. We stand on their shoulders and owe them thanks, not only for bringing the case but for the hours they are about to spend in search of equality for all gay and lesbian Americans.

Let's look at these cases and assess their merit, AFTER THE JUMP…