Michael J. Kaplan, President and CEO of AIDS United, took to the Huffington Post yesterday to call for a "National HIV Coming Out Day. A day where we face the reality that America is living with HIV, that our friends and family need to be tested, that those infected can live better through treatment, and that we can get to an AIDS-free generation." 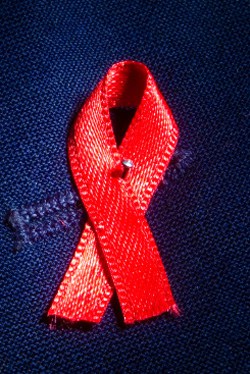 The strategy is familiar, and it is one that the gay community has used to great success since the days after Stonewall. Hiding your sexual orientation, we argued, was tantamount to accepting the stigma of shame and burden of second-class citizenship thrust upon you by a heterosexual majority. Coming out, though, was not just a statement of pride and a challenge to the social status quo. It was the essential first step of a concerted effort to turn gays from media caricatures to real people, with goals, loves, hopes, and dreams. If you were out, you could have a conversation with your neighbors when some bombastic politician bloviated about sodomy and the end of all things. They could attach real examples to abstract concepts like discrimination if they knew that you had been fired simply for being gay. They could see the litany of concrete ways in which anti-gay laws like the Defense of Marriage Act, "Don't Ask, Don't Tell," or marriage bans were hurting you and your family, not just the harder-to-understand "gay community."

The question is: Will coming out as HIV positive benefit the HIV-positive community the same way coming out as gay benefited the gay community? Is there any reason to think the situations will be different? 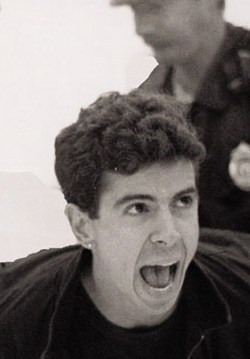 There are similarities, but also real differences. Given those similarities, some in the HIV-positive community think that special "coming out days" are fine. They raise awareness and give hidden communities the chances to join forces to do something terribly brave and often dangerous. As Peter Staley, the founder of ACT UP and the Treatment Action Group and star of the powerful and successful documentary How to Survive a Plague noted via email, "This certainly can't hurt. The HIV closet has been hugely destructive, ultimately feeding the stigma that all of us suffer from. Acting ashamed is no way to fight the shaming."

But, given the differences, it is not at all clear that a coming out drive is the best thing right now. As Lambda Legal's HIV Project Director Scott Schoettes told me, "We think it is most important to focus upon creating an environment in which people feel that they can safely acknowledge this aspect of their lives if they so choose, to empower people with information regarding the risks and benefits of disclosure in various circumstances (as well as the legal protections available and the limits of those protections), and to ensure that individuals are making a fully informed and voluntary choice about if, when and to whom it is appropriate for that individual to disclose this information."

I am uninspired by the proposal of another awareness day. Standing alone, another "day" is not going to make coming out as HIV-positive any more likely or any more helpful to the cause of ending discrimination of HIV positive individuals. To do that, the rest of us need to help.

Let's discuss how AFTER THE JUMP…

If the example of the gay community is any indication, there are also substantial legal benefits. As much as we would like coming out to be the stuff of slow news days, the truth is that as long as conservatives insist on making our sexual orientation a basis of their hatred and discrimination, our coming out is a political act, entitled to protection under the First Amendment.

Maybe that's true, but then it's only a matter of degree. Under this theory, there is nothing different about coming out as gay and coming out as HIV-positive other than the fact that, as gay persons, we have been coming out for longer. We have the benefit of 30 years of being out and proud during which time, the American people not only got used to us, but also started actively supporting our quest for equality. 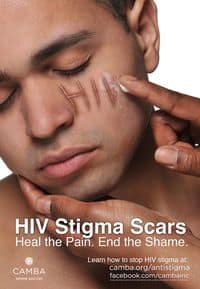 But, there is one way in which coming out as HIV-positive is significantly more problematic than coming out as gay. And, it is a product of the HIV/AIDS awareness movement itself. Public health organizations focusing on HIV/AIDS in America have recently been focusing on two goals: eliminating the stigma associated with being HIV positive and reducing infection rates among young men in the gay and other minority communities. Achieving these goals often requires us to educate the greater population about HIV transmission and amazing new medications that make living and thriving with HIV a long-term reality. At the same time, we have to target susceptible communities with reminders that HIV is still a burden. When that message is filtered through a media focused on sound bites and allergic to nuance, it could sound like a mixed message: HIV is bad, but not so bad that you should stigmatize those who have it. That's a delicate balance to maintain. In a world where we still have to persude young gay men that HIV is still something they should try to avoid, coming out as HIV positive will always be difficult.

At a minimum it is incumbent upon us — the gay community, lesbians, heterosexual allies — to support our brothers and sisters to make it easier to come out as HIV-positive. Just like we support the younger generation's desire to be out and proud in schools, we should support the similar desire of those who happen to be HIV-positive. Here are a few simple steps we can all take to do that:

1. End the stigma. The level of disrespect some members of the gay community have for members of the HIV-positive community is staggeringly upsetting. When I was in San Francisco last year, I conducted an informal (admittedly unscientific) survey of passersby in the Castro, asking them if an employer should be allowed to fire someone simply for having HIV. Ninety-seven percent of respondents — 319 out of 329 — said either "no" or "of course not" or some derivation thereof, with the few contrarians saying something about health care costs for small businesses. Yet, more than 60 respondents insisted on saying, unsolicited, that they were not HIV-positive. This should sound familiar: "I'm totally straight, but we shouldn't hit gay people." That helps no one. It suggests that we accept that being HIV positive is somehow something to be dismissed or denied.

2. Learn your history. An increasingly cavalier attitude toward unprotected sex is just one manifestation of the younger generation of gay men failing to appreciate what the generation(s) before us went through. Survive a Plague is an informative and well constructed documentary that teaches us about a particularly meaningful (and devastating) part of gay American history. The more younger gay persons understand where they came from, the more likely they will appreciate their indelible connection to their HIV-positive comrades. The team responsible for How to Survive should also make more of an effort to screen the film for university students and straight allies rather than preach to the choir.

3. Get tested. The best way to fight HIV stigma is to stop hiding. The only way we can do that is to get tested. Of the 1.1 million Americans estimated to have HIV, more than 20 percent don't know it. This kind of willful blindness is risky to sexual partners and to the community as a whole.

4. Invest in the community. As my friend James Loduca, Vice President of the San Francisco AIDS Foundation (the country's largest AIDS services organization), told me, "An awareness day is great — in fact, I'd like 365 of them. You see, HIV stigma and shame are powerful foes, and it's going to take a lot more than awareness to overcome them once and for all. We must invest heavily in programs that increase self-esteem, community connectedness and resilience while reducing shame about STIs, substance use and mental illness." An awareness day cannot, without more, encourage more people with HIV to come out. Awareness is a small part of the calculus; you are a bigger part.

What else do you think we can do to make it easier for our friends in the HIV-positive community to come out?