Indiana's ban on gay marriage was struck down on June 25 by U.S. District Judge Richard Young, and a stay was issued two days later on the 27th by the the 7th U.S. Circuit Court of Appeals.

This two-day window left enough time for hundreds of eager Indiana couples to get married. Unfortunately for most of these couples, their marriages are not yet legally binding.

On Monday, Mark G. Ahearn, General Counsel to Governor Mike Pence sent a memo to Indiana's executive branch. In it, Ahearn clarifies that while Governor Pence (pictured) first instructed courts to follow the ban overturn, once the stay was issued, all further marriage proceedings were halted.

The fate of Indiana couples who married before the stay hangs in the balance. The 7th Circuit Court has allowed only one couple to keep legal status for now, and it's on an emergency basis; the couple in question includes a woman with a terminal case of ovarian cancer.

The other couples, as IndyStar notes, face many uncertainties. Until the court resolves this matter, health benefits, tax filings, and visitation rights for the hospital are up in the air. 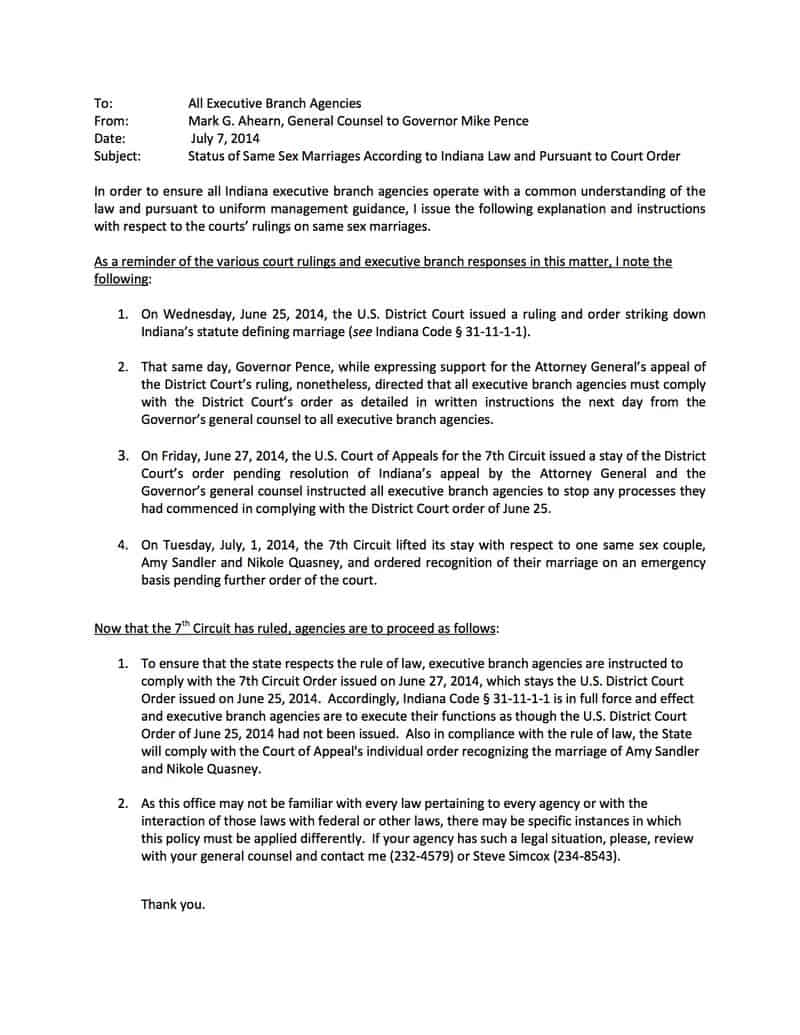