"Headlines (Friendship Never Ends)," the new single from the Spice Girls, has leaked weeks ahead of its official release. Have a listen and see (or, rather, hear) what you think:

It’s pleasant in that "2 Become 1" way, but after all the hype, isn’t this new Spice track missing that certain zig-a-zig-ah?

"Headlines" will be included on the Spice Girls’ Greatest Hits. Last week it was reported that the British fivesome had signed a deal  with Victoria’s Secret for the upcoming CD to be sold exclusively in the lingerie chain’s U.S. stores beginning November 13. The compilation will also be available on iTunes. Otherwise, there won’t be a wide retail release in American outlets until January.

Meanwhile, tabloids are reporting that the video shoot for "Headlines," which happened on Friday, almost collapsed under the fivesome’s "diva demands": "Things were very delayed. The director was tearing his hair out and threatened to walk. The girls were so tired and Emma [Bunton] was crying as the shoot just went on and on."

Additionally, Sony Home Entertainment is reissuing the 1997 film Spice World in a "special edition" DVD on November 27, a week ahead of the Girls’ world tour. 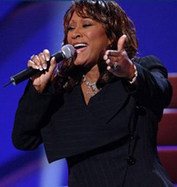 Liza’s ex, David Gest, has found his inner indie rocker: "I could have given it up for a happy marriage, but I’d rather go for a drink, go dancing in Camden, listen to the Kaiser Chiefs."

Despite all her drama, Britney Spears’ Blackout (out next week) is getting great reviews.

Jay-Z is on the road again.

Universal Pictures is adapting Chris Cross’ Kurt Cobain biography, Heavier Than Heaven, into a film, with Courtney Love and her lawyer exec producing. 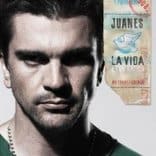 Nick Cave and Warren Ellis’ Music From The Motion Picture The Assasination Of Jesse James By The Coward Robert Ford.