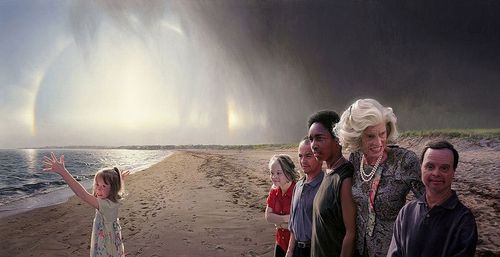 Eunice Kennedy Shriver, founder of the Special Olympics, has died at 88:

"She is survived by her husband, Sargent Shriver. Shriver was the middle child of nine born to Joseph P. Kennedy and his wife, Rose. Hersiblings include John F. Kennedy, who was elected president in 1960 andassassinated in 1963, Robert, a New York senator whose presidential bidended when he was assassinated in 1968, and Senator Edward Kennedy."

Said the family: "Her work transformed the lives of hundreds of millions of people across the globe and they in turn are her living legacy." 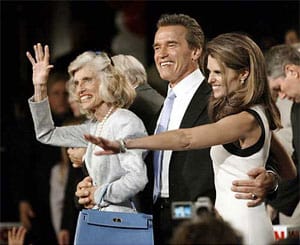 "Eunice was the light of our family. She meant so much, not only to us, but to our country and to the world. She was a pioneer who worked tirelessly for social and scientific advances that have changed the lives of millions of developmentally disabled people all over the world. Inspired by her faith in God and her love of her sister, Rosemary, she was on a life-long mission to expand opportunities for those with intellectual challenges and to prove that they are capable of great achievements. Apart from her family, her greatest legacy is the Special Olympics, which started as a summer camp in her backyard in 1962, and has grown into a global movement and organization that has transformed the lives of hundreds of millions of people. Eunice was the devoted mother of five children, including my dear wife, Maria. My mother-in-law changed my life by raising such a fantastic daughter, and by putting me on the path to service, starting with drafting me as a coach for the Special Olympics. I will miss her every day, but I know her spirit endures through her amazing children and grandchildren, and through the many lives she changed."

Shriver speaks about her life and legacy at the Kennedy Presidential Library in 2007,
AFTER THE JUMP…