The marriage equality community is bustling with both frustration and excitement, like a drunk girl at a party.  As you know, a three-judge panel of the Ninth Circuit today issued an order staying — postponing or delaying — the implementation of Judge Walker's August 4 order to give the Prop 8 proponents time to appeal. 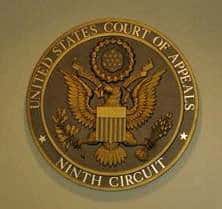 The three judge panel specifically asked the parties to address the standing issue on appeal and while such specific instruction does happen, it is certainly not the default in most circuit courts of appeal.  It means that this issue is front and center on the judges' radar. This panel — while not necessarily the panel that will hear the merits of the appeal — is curious as to how a party not covered or affected by an order could have the right to appeal such an order, i.e., having "standing" to appeal. Certain legal experts see this focus as a victory for the advocates of marriage equality. If the Prop 8 proponents do not have standing to appeal, the case is virtually over and Judge Walker's opinion will bring a second dawn of marriage equality in California.  That's great!

But, if that is where this case ends, marriage equality will extend no farther than California. The state would be added to the list of states granting gay couples the same rights as heterosexual couples, but the case's precedential weight would be limited. Judge Walker's decision would have no effect on Washington State and Oregon and the other states in the Ninth Circuit territory. However, if the Ninth Circuit accepted standing for the Prop 8 proponents, an appellate decision affirming Judge Walker's order could impact the entire Ninth Circuit.  It would also weigh heavily on judges throughout the country as more persuasive. A district court decision, no matter how well-reasoned and air tight, is not as much of an influence to other federal courts addressing this issue than an appellate court decision.

Here are a few ways this can go (there are many others):

– Ninth Circuit accepts standing, hears the merits on appeal.  Vacates (overturns or sends back or says, "No way!") Judge Walker's opinion, Prop 8 and its ban on same-sex marriage stands.

What do you think? Do we want the Prop 8 proponents to lose on standing, securing a win for marriage equality in California? Or do we want the appeal to go ahead to a merits hearing and run the risk of losing on the merits at the Ninth Circuit or the Supreme Court?

Ari Ezra Waldman is a 2002 graduate of Harvard College and a 2005 graduate of Harvard Law School. After practicing in New York for five years and clerking at a federal appellate court in Washington, D.C., Ari is now on the faculty at California Western School of Law in San Diego, California. His area of expertise are criminal law, criminal procedure, LGBT law and law and economics.