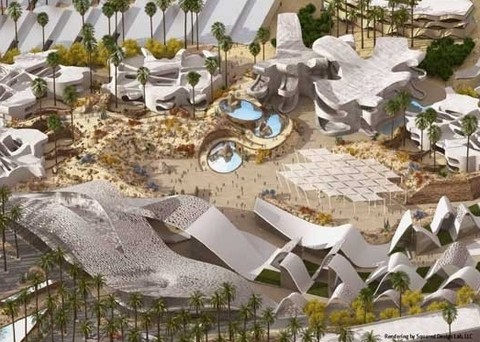 Nearly a dozen architecture firms are teaming up to build what’s being described as a gay-inspired desert utopia in Rancho Mirage, CA.

Called Boom, the planned community will sprawl over 100 acres and include eight residential neighborhoods, a Diller Scofidio + Renfro designed entertainment complex, two hotels from the firms adar + Vuga and Joel Sanders Architect, and a “healing fun house” by Arakawa + Gins.” And if the pictures are to be believed, there will be plenty of futuristic curves.

Though Boom, which developers plan to break ground on in 2012, was initially inspired by gay consumers, head architect Matthias Hollwich says he and his colleagues want to “ensure that we have a variety of sizes in all price ranges to provide accessibility to all ages — young and old, single and married and families with young children.”

It all sounds kind of quaint, but can such a futuristic, pre-fabricated project truly be quaint?

Check out a few more pictures from Curbed LA and judge for yourself, AFTER THE JUMP… 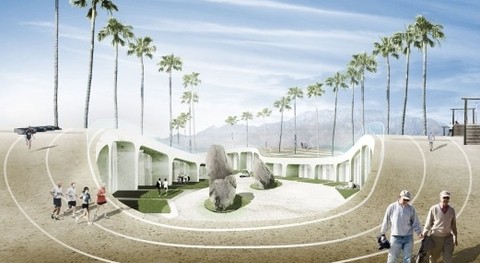 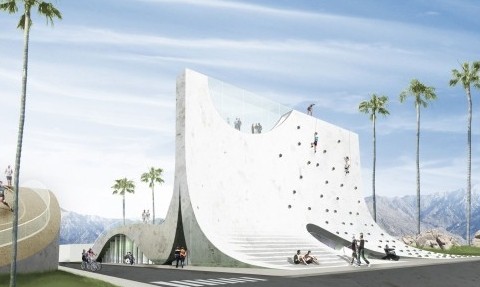 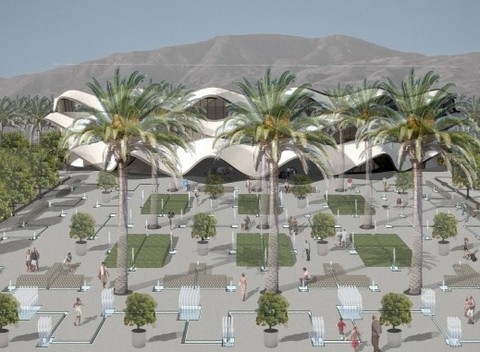 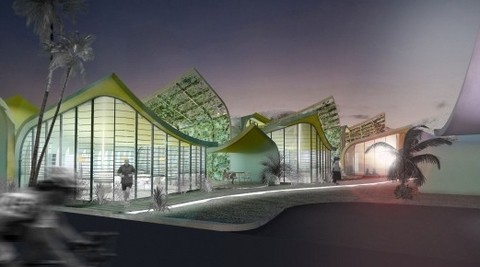