With Governor Jerry Brown now in office, Democratics in California have introduced a bill, SB 48, that would require the state's public schools to teach its students about LGBT history. 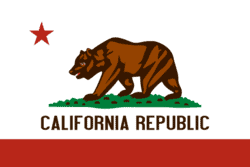 "The proposal would require that social science texts and other instruction include 'a study of the role and contributions of lesbian, gay, bisexual and transgender Americans … to the economic, political and social development of California and the United States of America, with particular emphasis on portraying the role of these groups in contemporary society.'"

"Each school district would decide which age groups received such instruction. Gay rights activists say the legislation is overdue and would extend recognition long provided in textbooks and classrooms to historical figures who are African American, Latino and Asian American. Sen. Mark Leno (D-San Francisco) who introduced the bill, SB 48, said it addresses a glaring oversight in educating young people that has led to harassment of gays by their classmates."

In the past, former Governor Arnold Schwarzenegger had opposed such a bill though Brown himself has yet to publicly state where he stands on the issue.

If implemented, SB 48 could have far-reaching effects well beyond the state. According to the Times: "The state is a major purchaser of educational texts, and publishers often produce books tailored to California that other states use as well."

A rally in support of the bill will take place tomorrow at the Capital.

Naturally, wingnuts opposed to the blll have branded it "the worst school sexual indoctrination ever" and "sexual brainwashing." They've already begun an anti-SB 48 campaign wherein they attempt to "scare" fellow bigots into thinking the bill "normalizes homosexuality, bisexuality and transgenderism." Imagine that.