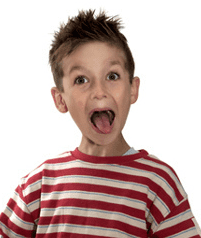 Nevertheless, TMZ says parents complained about Ms. Gray's presence, which prompted a school spokesperson to stupidly deny that Ms. Gray had ever been there at all. (To be fair, we don't know how the question was worded. I can imagine some innocent pencil-pusher stammering on the phone: "No! We didn't have any porn stars here! Sasha Gray works with Rob Lowe!") Now, the web is so titilated that even Reuters is publishing stories with headlines like:"Former adult-film actress Sasha Grey is giving her critics a hot, steaming mouthful, after catching flak for participating in a children's reading program last week."

After her appearance sparked faux outrage on the interwebs, Ms. Gray proclaimed:

I committed to this program with the understanding that people would have their own opinions about what I have done, who I am and what I represent … I am an actor. I am an artist. I am a daughter. I am a sister. I am a partner. I have a past that some people may not agree with, but it does not define who I am… I believe in the future of our children, and I will remain an active supporter and participant in education-focused initiatives.