There are voices in the LGBT community that see "fear" and "defeatism" in not going back to the ballot in 2012 to overturn Prop 8. They laud Mainers who are gathering thousands of signatures for their own ballot initiative and seem to admire political activists who "have dusted themselves off after the last defeat and simply gotten back to work." It takes a special kind of out-of-touch leader to try something again and expect a different (or, at least, a permanent) result; it also takes a special kind of uninformed commentator to take a cursory look at all that Perry v. Brown has brought us and then think our preference for a legal strategy is defeatist. 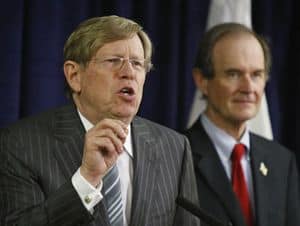 In this second installment of a discussion on the benefits of focusing on the Perry litigation to end California's ban on same-sex marriage, I would like to touch on what Perry has already done for us. Many of us may be legitimately frustrated with the slow pace toward an ultimate conclusion, but in so doing, we miss the victories along the way. If we return to the ballot in 2012, we cut that process short, leaving anti-gay precedent untouched and on the books.

Here are just a few of the victories for which we can thank Perry:

1. Perry put anti-gay discrimination on trial, leading a federal district court to make a series of findings that had never before been stated explicitly. For example, Judge Walker found that no evidence was offered at trial that suggested that natural procreation was ever a purpose of marriage. He found that Prop 8 proponents could offer no rational reason for keeping gays and lesbians out of the institution of marriage. He said that Prop 8's marriage discrimination is an example of state action that classifies individuals on the basis on sexual orientation, which merits heightened scrutiny.

Some of these conclusions have been kicking around legal arguments for a while, but Prop 8's unique position as a federal constitutional challenge to a state ban on same-sex marriage elevates those arguments to another status. And, when those conclusions are ratified or upheld (as they are likely to be) when the Ninth Circuit addresses the merits of the Perry case, we will finally have a federal appellate court — the arbiter of most major legal issues in this country — on the side of marriage equality.

And, of course, we cannot forget that Perry brought us the first federal court to declare a same-sex marriage ban unconstitutional on its merits. That is no small feat.

2. Perry has allowed us to address other incidents of anti-gay discrimination aside from same-sex marriage bans. Along the way, Perry has taken a few detours. The Prop 8 proponents have moved to vacate Judge Walker's decision declaring Prop 8 unconstitutional based on the fact that the judge was biased: in a committed, long term same-sex relationship, Judge Walker could have wanted to marry his partner at some point in the future. That is the argument, at least. The Perry litigation has, for the first time, resulted in a federal court declaring that gay judges are no different than any other judges. Just like African-Americans has adjudicate civil rights cases involving African-Americans, gay and lesbian judges can sit in judgment of issues directly related to the gay community.

This is more important than you might imagine. Gay people — gay men, especially — have long been victims of the insidious stereotypes that they are hedonistic, focused only on sex, and interested only in their personal and selfish benefit. That stereotype formed the basis of the offensive suggestion that someone who is gay and in a relationship could never separate his personal views from his legal conclusions. Perry has, therefore, taken one of the sharpest daggers in the backs of gay Americans and not just sewed up the wound, but made sure that the weapon cannot be used in a court of law again.

3. Perry may have national implications; a ballot initiative cannot. I do not believe that the Perry litigation will result directly in national same-sex marriage rights for all gay Americans. But that argument aside, Perry will provide future legal battles with necessary and helpful pro-gay precedent. A ballot initiative cannot do anything of the kind.

In fact, the only thing a ballot initiative will do is take us backward. It will allow anti-gay forces to marshall the misleading, hateful, and ridiculously fallacious arguments that they could not use at court. It could result in a situation where we keep debating the same question every two years, at a multi-million dollar price tag of money that could better be used elsewhere. But, that is a discussion for a future post.

Previously…
Prop 8 and DOMA: The Amicus Brief and the Primacy of Law [tr]

Previous Post: « Who’s a Loser?
Next Post: Can a Hot Gay Robot Convince You to Love Yourself? »