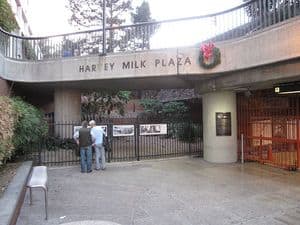 San Francisco: Today at noon, protestors shall gather at Harvey Milk Plaza and begin an occupation of the Castro to protest housing injustices. From the "Occupy The Castro" Facebook page:

From the subprime mortgage crisis that began our current recession, to bank bailouts, the rising rates of homelessness and policies like the Ellis Act that prioritize profit over people, housing has been central to the occupy movement in San Francisco, and around the country.

We gather and rally in four neighborhoods in San Francisco which have experienced high rates of evictions for profit, and highlight the local struggles of the 99% against banks, and greedy real estate speculators.

There shall also be protests at the Embarcadero, in the Tenderloin, and in the Mission District.