It has literally been and up-and-down relationship for Proposition 8, California's ban on same-sex marriage, and the San Francisco-based Ninth Circuit Court of Appeals. Thursday marked the second time the American Foundation for Equal Rights (AFER) and its legal team, along with the Prop 8 proponents, ProtectMarriage, argued before the appeals court. And, it is hopefully the last.

After Judge Vaughn Walker declared Prop 8 unconstitutional, a three-judge panel consisting of Judges Stephen Reinhardt, Michael Hawkins, and N. Randy Smith heard arguments on the merits of that ruling and on the right of Prop 8 proponents to appeal it in the first place. As we all know, the panel's decision was delayed over a year while we waited for the California Supreme Court to interpret a question of state law. While we are still waiting for the Ninth Circuit's ultimate opinion, Prop 8 came back to Judges Reinhardt, Hawkins, and Smith on Thursday to discuss the release of the trial videotape and the proponents' motion to vacate the lower court's decision. 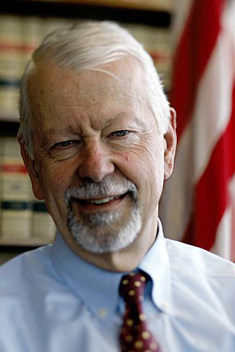 I have argued here that releasing the videotapes is a tough sell as a matter of law, much more so than the slam dunk victory awaiting AFER, Ted Olson, and David Boies on the issue of vacation. Let's take the easy one first. In short, the Prop 8 proponents' rabidly anti-gay argument that Judge Vaughn Walker's decision should be thrown out because he was, at the time of the Perry trial, in a long-term relationship with another man, and thus could be not be impartial on the issue of same-sex marriage, strikes at the very heart of the independent judiciary. It presumes that judges' personal views necessarily infect their professional conduct, which not only flies in the face of reason, but contradicts a tenet of Anglo-American law since the Norman invasion. It also is blatantly discriminatory: if Judge Walker had to recuse himself from a gay marriage case because he could have possibly wanted to marry a man in the future, would all heterosexuals have to recuse themselves from divorce proceedings? Would all African-Americans have to recuse themselves from civil rights cases? The Prop 8 proponents would either have to say YES and be laughed at, or say NO, and admit that they just hate gays.

Releasing the videotapes — records created by and kept by Judge Walker for his use in chambers — is a good idea, but a tough call on the law. My previous argument noted that, for better or for worse, we usually make public a trial transcript, but do not normally televise or release video of trials; therefore, any motion to do so requires special justification. Releasing the videotapes would be transcript plus, so we would need a sufficient reason for tack on the plus. However, attorneys for the various media outlets supporting release have argued that the Prop 8 proponents have to offer specific reasons why the tapes should not be released, suggesting that keeping the tapes under wraps is a special departure from the norm requiring justifications. The policy arguments favoring release are extraordinarily strong, but that does not mean the law is on our side.

The Ninth Circuit is now poised to issue a comprehensive decision addressing the motion to vacate, the videotapes, standing, and, perhaps, even the merits. At least with respect to the first two tertiary issues, the Ninth Circuit is most likely to toss the motion to vacate and deny the motion to release the videotapes. Still, that half-victory will be sweet enough, as the court should also uphold Judge Walker's monumental ruling declaring marriage discrimination unconstitutional.

Continue AFTER THE JUMP for a discussion of what happened at the Ninth Circuit on Thursday, where both sides argued the motion to vacate and the motion to release the videotapes.

The Motion to Vacate:

A motion to vacate is a fancy lawyerly way of asking a court to withdraw a previous decision it entered. It is different from an appeal. Here's an oversimplified way to distinguish the two: an appeal asks a higher court to say that what a lower court did was wrong; vacation asks the original court to basically admit that what it did was wrong. As you might imagine, that rarely happens.

What happened at the Ninth Circuit on Thursday was an appeal of a denial of motion of vacate. Judge Ware, who has taken over the Perry litigation from the retired Judge Walker, already issued a resounding denial, finding the Prop 8 proponents' arguments against Judge Walker discriminatory and dangerous. And, for those of us who had the opportunity (and sufficient bandwidth) to watch the hearing, the Ninth Circuit is inclined to agree.

David Boies argued against vacation (more accurately, he argued in favor of upholding Judge Ware's denial of the motion to vacate), noting the blatant discrimination implied by the motion. The panel, seeming content with this view, let him speak uninterrupted for at least 13 minutes. Anyone who has ever argued anything before any (awake) judge could tell you that is rare. And, Judges Smith and Hawkins peppered proponents' counsel, Charles Cooper, with pointed questions: Would a heterosexual judge have to disclose his ongoing, undefined relationship with a woman? Would he ever be allowed to preside over a divorce proceeding? Why should we let them preside over their cases, but exclude gay judges from preside over cases that may affect them? 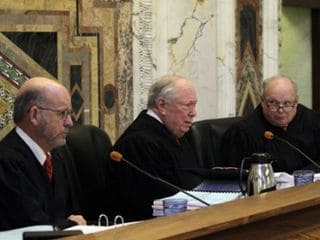 Anecdotally, Judge Reinhardt looked bemused during his colleagues' exchanges with the Prop 8 attorneys, ultimately taking his time to lighten the mood: "Wouldn't being in an 8 year relationship make you LESS interested in getting married?" the Carter-appointee asked. Even Mr. Cooper laughed.

The Motion to Release the Videotapes:

As oral argument indicated, this is a hard call. The judges seemed concerned with three main issues:

1. Is witness safety a legitimate concern?

No. If you recall, one of Mr. Cooper's main arguments against releasing the videotapes of the trial is a concern for witness safety; that is, if anyone could hear what his anti-gay witnesses had to say, pro-gay activists would picket, harass, and bully them. While that says much about the potential offensiveness of witnesses' anti-gay testimony, it failed to persuade the judges that the potential for harassment merits secrecy.

It is not as if keeping the videotapes under seal has created a media blackout of the Prop 8 trial. Far from it. Newspaper, radio, television, and blog accounts of what was said at trial inundate the media. If the witnesses — who, by the way, have already admitted they are not concerned about harassment — have not been endangered yet, why would release of the videotapes make things any worse?

Note that question's implication: By equating the newspaper account with the videotapes, the judge was subtly knocking my transcript plus argument. The videotapes could not provide much more danger, he argued, because everything in the video was already published in the media. The world is not so simple, though. Let's return to this in a moment.

2. Would releasing the videotapes harm the public's respect for judicial integrity, given that Judge Walker promised that the tapes would be for his personal use in chambers?

Yes. The judges seemed most concerned with the fact that Judge Walker explicitly stated that the videotapes were for him to use in chambers when he was reviewing testimony to write his decision. He promised that they would not be for public consumption. To release the videotapes now, the argument goes, would ignore that oath.

Our system relies on judicial integrity. In fact, our respect for a judge's honesty — not our love of gay people — is what makes the motion to vacate so ridiculous: it challenges the notion that judges can do their work with integrity by raising the old stereotype of a selfish gay man. It is the former that judges are likely to find endemically offensive, not the latter. Therefore, any blow to honesty, truth, and impartiality is viewed with deep suspicion.

Again, as a matter of policy, this is no reason to deny the public a new norm of trial publicity; however, it may be a reason to deny release of the videotapes in this case.

3. Is a video more than the trial transcript?

Yes and no. The judges did not tip their collective hats on this question, but asked the right questions. I argue that if the videos are transcript plus, AFER should be the one's justifying release with special circumstances. The panel did not explicitly go that far, but the judges did ask for an apt comparison: Are the videotapes more like the trial transcript or more like a judge's notes? If the former, they get released; if the latter, they do not.

Notably, neither side of this case can claim intellectual integrity on this argument. Both twist the role of the videotapes to suit their own needs. For example, Mr. Cooper and the Prop 8 proponents want to keep the videotapes under seal, so they argue that release would have great impact. To Mr. Cooper, the videotapes are much more like notes, capable of blowing up the public's view of the judicial system. And, yet, when he argued that the reason to deny release is because Judge Walker promised, he expressly denied any reliance on the future impact of release, making the videos much more like transcripts where the judge has agreed to keep them under seal for some special reason. Similarly, AFER's team argues that releasing the videotapes is nothing more than releasing a transcript; but, if it were, why the big push? AFER's press releases admit that letting the public see the videos would show the emptiness and desperation of anti-gay forces because "seeing is believing." You can read transcripts until you are red in the eyes, but seeing Mr. Cooper's experts call gays bad parents and seeing no other evidence offered is more impactful. That is why AFER produced the play, "8," and it is why we all want these tapes released.

For this reason, I argue that it is impossible to avoid the conclusion that the videotapes constitute something more than just the transcript, or transcript plus, thus requiring AFER to argue special reasons why we should depart from the norm of only releasing transcripts in this case. Notably, the Ninth Circuit panel never explicitly stated that it should be Mr. Boies job to explain himself better; in fact, it assumed that was Mr. Cooper's role by checking off his list of reasons not to release the tapes. So, I may be wrong. But, given the tone of the hearing on Thursday, it is unlikely that the tapes will be released.

And, when the panel upholds Judge Walker's ruling on its merits, we may forget all about this.