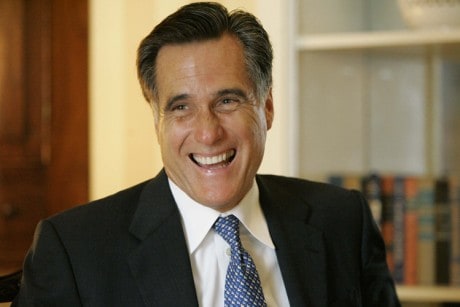 What you have is Mitt Romney running around the country saying, 'Well, you know my wife tells me that what women really care about are economic issues and when I listen to my wife that's what I'm hearing.' Guess what? His wife has actually never worked a day in her life. She's never really dealt with the kinds of economic issues that a majority of the women in this country are facing in terms of how do we feed our kids, how do we send them to school and why do we worry about their future.

Of course, Ann Romney has raised five sons, and Rosen's remarks have been taken to mean that Democrats are under the impression that stay-at-home motherhood is somehow not full-time work. Which is wrong. Hilary Rosen promptly apologized.

Except — maybe Mitt should apologize, too, because he's under the impression that even single motherhood isn't full-time work. Or at least he was in January. Watch AFTER THE JUMP …