Last week, another federal judge held that Section 3 of the Defense of Marriage Act (DOMA) is unconstitutional. In doing so, Judge Claudia Wilken (a Clinton appointee, pictured), joined Judge Joseph Tauro of Boston, Judge Jeffrey White of San Francisco, and more than twenty bankruptcy court judges in Los Angeles to hammer another nail in DOMA's coffin. 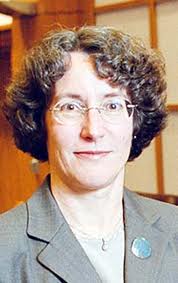 But, this case — Dragovich v. U.S. Department of the Treasury – differs from the direct challenges to the discriminatory DOMA because the case is really about the exclusion of legally married same-sex couples and registered same-sex domestic partners in California from the long-term care plan of the California Public Employees Retirement System (CalPERS).

CalPERS is the multi-billion dollar state agency that manages pension and health benefits for more than 1.7 million California public employees, retirees, and their families. Anyone who participates in CalPERS's long-term care insurance plan is given favorable federal tax treatment. Title 26, Section 7702B(f) of the U.S. Code, a provision of the federal law known as HIPAA, the Health Insurance Portability and Accountabiity Act, imports the list of permissible participants from the tax code, but specifically excludes "individual[s] … who, for the taxable year of the taxpayer, has the same principal place of abode as the taxpayer and is a member of the taxpayer’s household." In other words, Section 7702B(f) excludes domestic partners and, therefore, CalPERS has to exclude domestic partners or it will lose its favorable federal tax treatment.

At issue in Dragovich, then, was not only the constitutionality of DOMA, which restricts all federal benefits to opposite-sex married couples, but also the constitutionality of Section 7702B(f), which specifically prevents domestic partners from participating in CalPERS long-term care plan. The most interesting point about this case is not the holding. In the course of finding that both DOMA and 7702B(f) are unconstitutional, the court proves that conservative opposition to gay marriage is not simply about the exceptionalism of the word "marriage," but more about animus toward gays in general.

Judge White and Judge Tauro have shown us how DOMA discriminates against legally married same-sex couples: it denies them access to a large swath of federal benefits that come with being married, and it denies them those benefits for no good reason. 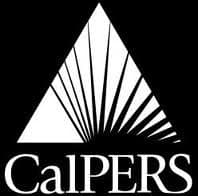 Section 7702B(f)(2) disqualifies a state-maintained plan from favorable tax treatment if it provides coverage to individuals other than those specified under its subparagraph (C). The list of eligible individuals includes state employees and former employees, their spouses, and individuals bearing a relationship to the employees or spouses which is described in subparagraphs (A) through (G) of 26 U.S.C. § 152(d)(2). But, Section 152(d)(2) has 8 subclauses (up to H), not 7 (up to G). It identifies the following individuals as “qualifying relatives” for the dependent exemption: "(A) A child or a descendant of a child; (B) A brother, sister, stepbrother, or stepsister; (C) The father or mother, or an ancestor of either;(D) A stepfather or stepmother; (E) A son or daughter of a brother or sister of the taxpayer; (F) A brother or sister of the father or mother of the taxpayer; (G) A son-in-law, daughter-in-law, father-in-law, mother-in-law, brother-in-law, or sister-in-law; [and] (H) An individual … who, for the taxable year of the taxpayer, has the same principal place of abode as the taxpayer and is a member of the taxpayer’s household" (Dragovich, slip op., at 4-5).

Congress specifically excluded subsection H — which clearly was meant to include domestic partners — from the list of persons eligible to join CalPERS if CalPERS wanted to maintain its eligibility for tax favored status. Judge Wilken wanted to know why.

She found that Congress had a long and odious history when it came to domestic partnership law. In 1992, Washington, D.C. passed a law that established a domestic partner registry. Congress responded by passing its own law that banned all local or federal funding to implement the registry. And, the ugly debate showed Congress's true motives. Representative Clyde Holloway argued, "If there ever was an attack on the family in this country, it is [the District of Columbia’s] Domestic Partnership Act … To me, this bill totally destroys the families of this country." In 1993, when Congress renewed the ban the first of nine times, Representative Ernst Istook argued, “Now, obviously this was passed by the District of Columbia to enable people, more than anything else, who are in a homosexual relationship to register an equivalent of a gay marriage. That is one of the reasons that this particular proposal is abhorrent, in my view" (7-8).

The debate over Washington, D.C.'s domestic partnership registry, the 1996 debate over DOMA, and the debate over HIPAA that same year all reflect this same animus toward gay persons. This evidence suggests that it is not inclusion of gay persons in the institution of marriage that conservatives find so detestable; rather, it is any recognition of any sort for any gay union. To conservatives, gay marriages are "abhorrent," and so are domestic partnerships. If that is the case, continued protestations from the National Organization for Marriage and conservative politicians that they are not antigay, just pro-traditional marriage are utterly without merit. They do not want to maintain the status quo of marriages; they want to deny gay people any sense of equal membership in society.