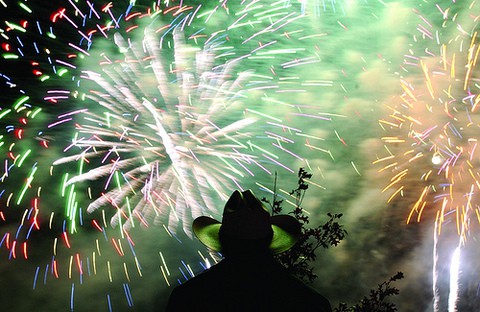 It's that time of the year again: the time when we sit back, reflect on our scrappy little nation's seemingly quixotic war for independence from an omnipresent empire and exclaim, "Hot damn, we did it!"

It feels good to be free, huh? Free from tyranny, free from the closet, free from whatever. But let's not forget that the American Revolution wasn't simply about the States, of which there were far fewer. It was a fight for freedom everywhere, one that inspired similar battles still raging today. Hot damn, we did it, but there's still more work to be done, including here at home…

But let us also not get too deep right now. Let's keep this light: have fun today, play outside and enjoy your independence responsibly. I'll see you back here tomorrow, when the work week again absorbs us into its oppressive schedules and routines.

Freedom, it can be so fleeting.