This is the third in a series of analyses about the Supreme Court's decision to hear cases challenging the constitutionality of the Defense of Marriage Act and Proposition 8. Today's discussion: the Questions Presented. 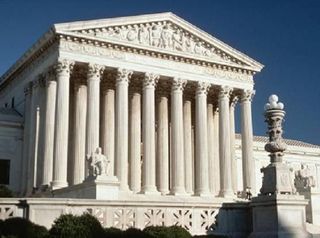 The Supreme Court has the luxury of not only deciding which cases to review but also the manner of the review. That is, when granting a writ of certiorari — when granting a hearing on a particular case — the Court specifies questions to be answered by the briefs and at oral argument. The Court usually chooses among the question formulations included in the various certiorari briefs from the two sides of the case. Lawyers call these the Questions Presented and they can make or break a case.

These questions generally include a reference to a particular part of the Constitution: "Whether the Commerce Clause permits Congress … ." They also almost invariably start with the word "whether," like the set up for a forensic debate competition. And, they try to focus counsel for both parties on the particular legal question that most interests the Court and will decide the conflict between the parties. But, what may seem like a simple, legally arcane sentence can be fraught with politics, weighed down by prejudice, and purposely stacked in favor of one side or the other.

Consider a classic example with which many in our community should be familiar: the constitutionality of anti-sodomy laws. A state law criminalizes sodomy between members of the same sex and two men convicted pursuant to that law want to challenge its constitutionality. Their case makes it all the way to the Supreme Court, which grants a hearing, but has two choices for the question presented:

1. Whether the Due Process Clause of the Fourteenth Amendment includes a fundamental right to same-sex sodomy.

2. Whether the Due Process Clause of the Fourteenth Amendment prohibits a state from criminalizing sexual intimacy between two individuals?.

You see how the question can frame the debate. When Justice Byron White wrote the odious majority opinion in Bowers v. Hardwick, he seemed to answering Question 1, a question so patently offensive in its myopia that there was no way the gay rights movement could win. Even if the Constitution countenanced a right to gay sex, the notion that this was the limit of our quest for liberty was a not-so-subtle attempt to cast the entire gay community as hedonistic, selfish, and sex-driven. However, when Justice Kennedy wrote the majority opinion in Lawrence v. Texas, he seemed to be answering Question 2.

The question presented can also set the scope of the coming decision. Much of the discussion about the Supreme Court's review of Hollingsworth and Windsor has focused on the breadth of that review: the district court's Prop 8 decision was broad, but the Ninth Circuit's affirmance was narrow; some of the DOMA decisions included a holding on the level of scrutiny, while others skipped that question. The Questions Presented can open the door to answering all or only some of those questions.

AFTER THE JUMP, let's consider the Questions Presented in the Prop 8 and DOMA cases and see what those formulations mean for our prospects for victory. 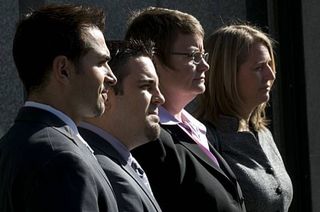 Whether the Equal Protection Clause of the Fourteenth Amendment prohibits the State of California from defining marriage as the union of a man and a woman.

The Court also specified a question about its jurisdiction: Whether petitioners have standing under Article II, Section 2 of the Constitution in this case.

The questions as written are meant to give the Court the most expansive set of options. The standing question, as we discussed last week, allows the Court to decline to hear the substance of the case for either political or detached legal reasons. The substantive question is broad — as opposed to jumping off the Ninth Circuit's decision and only asking if the taking away of marriage rights violated the Fourteenth Amendment — and thus gives the Court the opportunity to decide the case as broadly or as narrowly as it wants. Notably, though, the Question Presented does not specifically mention the Due Process Clause of the Fourteenth Amendment, which was part of the basis of Judge Vaughn Walker's broad district court decision declaring Prop 8 unconstitutional in the first place. That does not necessarily mean the Due Process Clause could never come into play; the Court has a habit of occasionally coloring outside the lines. But, the question may indicate that the Court is most interested in the equal protection implications and maybe less interested in whether marriage is a fundamental right.

Whether Section 3 of DOMA violates the Fifth Amendment's guarantee of equal protection of the laws as applied to persons of the same sex who are legally married under the laws of their State.

Again the Court specified a jurisdiction/standing question and asked a Harvard Law School Professor, Vicki Jackson, to argue the standing of the House Republicans.

At the outset, you may notice a striking difference between the questions. Both questions refer to the Equal Protection Clause, but the Prop 8 case refers to the Fourteenth Amendment while the DOMA case refers to the Fifth Amendment. That is because Prop 8 is a state law and DOMA is a federal law. By a quirk of language and history, many of the rights included in the first ten amendments to the Constitution — what we all call the Bill of Rights — only apply to the federal government. That was their intent when they were written. But, after the Civil War and the ratification of the Fourteenth Amendment, which bound state governments to protect the due process and equal rights of all their citizens, many rights that used to only limit the federal government were incorporated to apply to the States. The Fourteenth Amendment was the legal tool used to get much of the Bill of Rights to apply to the States. Therefore, when a state law is up for constitutional review, the question will refer to the Fourteenth Amendment, which applies federal constitutional rights to the States. When a federal law is up for constitutional review, that extra step isn't necessary and the original amendment applies.

More generally, the Questions Presented indicate that wiggle room is the key. Although the Court generally restricts itself to the oft-quoted mandate to decide a case on as narrow grounds as possible, there is no sense in limiting the options the Court has ex ante, especially in a case that touches on such an important and controversial social and legal matter of public concern. It is entirely possible that the Court, or at least some members of the Court, will want to decide Hollingsworth on the narrow grounds used by the Ninth Circuit. But, while the Question Presented does not require that result, it doesn't foreclose it, either.

It is also possible that some members of the Court will want to make an explicit holding in Windsor regarding the appropriate level of scrutiny for state discrimination on the basis of sexual orientation. The broad question in Windsor allows the justices to do that — one could argue that we cannot answer the question of constitutionality under the Fifth Amendment without determining the level of scrutiny — but it does not require them to answer that foundational question. The justices could continue to limp along like they have since Lawrence and continue Justice Kennedy's lack of clarity, or they could simply pass over the question entirely and hold that DOMA is unconstitutional on any level of scrutiny.

The breadth of the Questions Presented may give the Court options, but it also highlights the risks we face in these case. My confidence in the ultimate unconstitutionality of DOMA aside, a broad question allows the Court to make broad, sweeping decisions that could be fantastic boons or penetrating blows to our quest for equal dignity. The Court could decide that heightened scrutiny is appropriate and declare both DOMA and Prop 8 unconstitutional or it could mandate the lowest form of rational basis and let both survive. I don't think the latter will happen, but the Questions Presented certainly allow the Court to take either path.