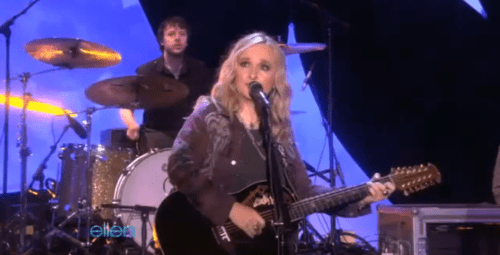 Melissa Etheridge, the famous singer and one of Hollywood's earliest gay rights activists, has confirmed that she will marry her partner of three years, television producer Linda Wallem.

"I look forward to exercising my American civil liberties and getting fully, completely and legally married this year to my true love of over three years, Linda Wallem," Etheridge said in a statement.

"Once again our constitution stands strong," the "Come to My Window" singer added. "All men, and women, and everything in between are created equal."

Yahoo! also makes mention of several Hollywood heavyweights who took to Twitter to announce their excitement at the DOMA and Prop 8 rulings.

Comedienne and talk show host Ellen DeGeneres, an early gay rights advocate, tweeted after the ruling on Wednesday, "It's a supremely wonderful day for equality. Prop 8 is over, and so is DOMA. Congratulations everyone. And I mean everyone."

"We stand tall today. #DomaStruckDown So many fought for so long. Be proud, the prejudice are now the minority," singer and prominent gay rights supporter Lady Gaga wrote to her more than 38 million Twitter followers.

Singer Cyndi Lauper, whose True Colors Fund promotes gay rights and addresses homelessness in the gay and lesbian community, said, "Both of these decisions not only impact the lives of gay couples, but of gay and transgender youth who struggle to find acceptance from their family and friends."

Previous Post: « One Direction Opens Up in ‘This Is Us’: VIDEO
Next Post: Gay Men’s Chorus Of D.C. Makes Its Voices Heard At The Supreme Court: VIDEO »