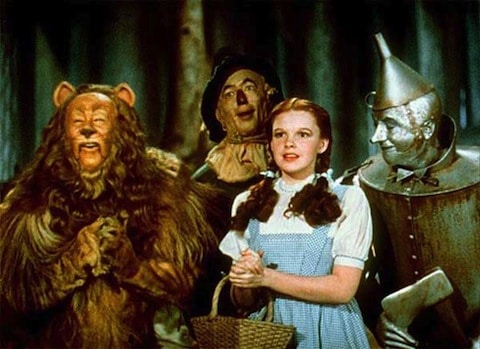 The phrase "gay icon" gets tossed around a lot, but what does that really mean? Welcome to Gay Iconography, a new feature where we present a proposed iconic figure or character and then ask you to weigh in with your thoughts. So far we've looked at two pivotal television figures from the '90s (Rickie Vasquez from 'My So-Called Life' and Roseanne), but this week we tackle the heaviest of heavy hitters.

Any conversation about gay icons of past, present or future would simply be incomplete without mention of the legendary Judy Garland.

Whether it was the voice, the glamour, the tragedy or the ugly-duckling mentality, Judy has become the archetype for everything we expect a gay icon to be. While some younger generations may not identify as strongly with Judy personally, hers is the story we measure all other icons against.

Take a stroll down the old yellow brick road, relive some moments from Garland's career, and share your thoughts, AFTER THE JUMP…