Al McAffrey, the Oklahoma state senator for District 46, announced Sunday that he would be running for a fifth district congressional seat. McAffrey, who owns a cremation and mortuary service, was an Oklahoma City police officer, and is a Navy veteran, was the first openly gay member of the Sooner State's legislature. 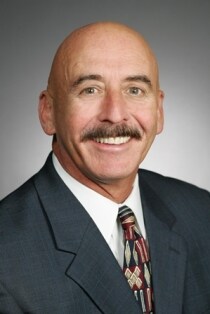 At the news conference announcing the run, McAffrey said, “it’s not about political parties or bipartisanship, rather about our friends and neighbors."

He continued "but to do it, we have to send different people to Congress. I’m running because I believe there is a better way. As a father of three wonderful women and a grandfather, I know my daughters deserve better.”

McAffrey went on to say, “right now, Washington is stuck in gridlock. Folks on both sides of the aisle are so stuck they can't manage to get anywhere on anything. And while they're playing politics, the folks back here at home are paying the price.”

He continued “we have commitments from a lot of people here in Oklahoma and outside of Oklahoma helping us raise money.”

McAffrey reportedly told The Gayly that he has "been looking at this race for about a year."

Previous Post: « Chris Pratt is the Hottest Shirtless Creature in the New ‘Guardians of the Galaxy’ Teaser: VIDEO
Next Post: Copenhagen To Host Gay And Straight Weddings During Eurovision This May »