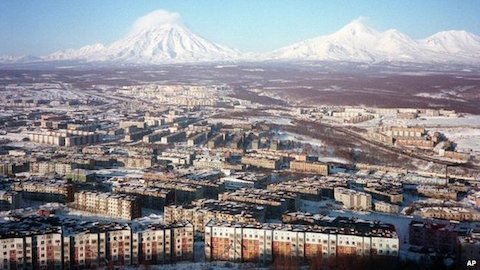 Last June a group of Russian villagers in the Kamchatka region murdered a 39-year-old man for being gay and was part of a small rash of anti-gay murders in the country at that time. Three men were arrested in connection with the crime and put on trial for the man's murder. As of Monday, the three men, now aged 18, 22, and 26, were found guilty of the murder.

Unfortunately, this just means that they were guilty of premeditated murder, not of committing a hate crime, but perhaps it is some tiny victory that the homophobia motive was even acknowledged at all given Russia's present poisonously anti-gay social climate.

The men have been sentenced to between 9 and 12.5 years in jail.