Here's three big stand-out changes since Jobs' death that, according to Kane, reveal how Cook differs significantly from his predecessor: 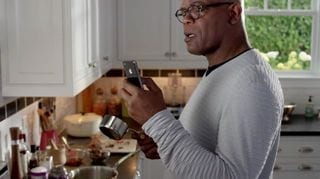 1) APPLE RELEASED AN INCOMPLETE PRODUCT – In 2011, Apple unveiled Siri as the centerpiece of their new iPhone 4S. In commercials, Apple showed the voice-commanded digital personal assistant aiding celebrities like Zooey Deschanel and Samuel L. Jackson with things like setting reminders, locating nearby food vendors and playing music. The problem: the actual product couldn’t answer some of these same questions.

Never before had Apple released a beta product still in development. It’s true that a voice-recognition software as sophisticated as Siri needs lots of user input to improve, Apple had set up expectations very high with its commercials and previous projects and failed to meet them with Siri.  Siri’s designers and marketers did not confirm that the ad’s questions would actually work in real-life, “the kind of mistake" Kane says, "that Steve Jobs would not have made."

She also admits though that Siri was a project in development before Jobs died, so its execution did not occur entirely under Cook’s reign. 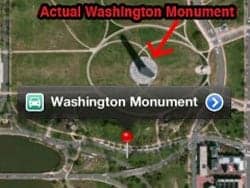 2) APPLE FIRED SOMEONE FOR A FAILED PRODUCT – Apple’s iPhone 5 included a notoriously defective version of Apple Maps which encouraged drivers to drive over airport runways and off of famous world bridges.

After he refused to apologize for the failure, Apple more or less forced Scott Forstall — the company’s senior vice president of software who oversaw Apple Maps development — to resign. Forstall reportedly had a big ego and was disliked by other company executives, but many think that Jobs would never have let such an experienced executive go and would have kept Forstall’s ego in check while forestalling Maps’ failed launch until it performed optimally.

3) THE END OF SKEUOMORPHISM – Shortly after Forstall’s departure, Apple’s new iOS began to openly reject skeuomorphism, the design philosophy that all of the company’s application icons should closely resemble their real-world counterparts (such as a green felt poker table for their Game Center icon or a wooden bookshelf for their eReading and text subscription software). The open rejection of the company’s long held design aesthetic struck Kane as possibly insecure or a way to pile on top of Forstall who had helped keep the aesthetic in place for so long.

Something Kane also mentioned in passing is that the mobile computing marketplace has  changed dramatically since the transfer from Jobs to Cook. When Jobs unveiled the first iPhone in 2007, “the idea was the phone was your digital hub on the go,” says Kane. Now that idea has found itself expressed in many mobile  devices, leaving Apple in a much more competitive world.

Also Google, Facebook, Amazon, and Netflix are all competing for market dominance when it comes to offering movies, music and user connectivity. According to Kane, the founders and visionaries behind those companies can take huge risks that a hired manager like Cook just can’t.

When Jobs used to unveil new products, Kane says, Apple employees and users alike felt like they had taken part in a world-changing event — a world that Jobs had manifested into being (though he obviously didn't do it alone). In contrast, she says that Tim has yet to convey a new vision forward with the company — something she thinks it will need to do in order to continue its impressive record of successful innovation.

She also adds that Cook’s delegation style of management  makes other executives (rather than himself) wholly responsible for product successes or failures, and that this approach has fostered more recent stumbles and a growing sense that Apple is directionlessness.

Previous Post: « Towleroad Guide to the Tube #1536
Next Post: Chelsea Handler Tells Piers Morgan He’s a ‘Terrible Interviewer’ and That’s Why His Show is Over: VIDEO »