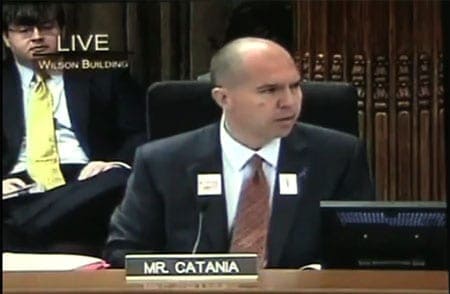 Catania could pose a challenge to the Democratic nominee in this year's general election, even though the district is heavily Democratic. Catania is a gay former Republican with a progressive record. He first won a citywide at-large council seat in 1997 and has been re-elected four times.