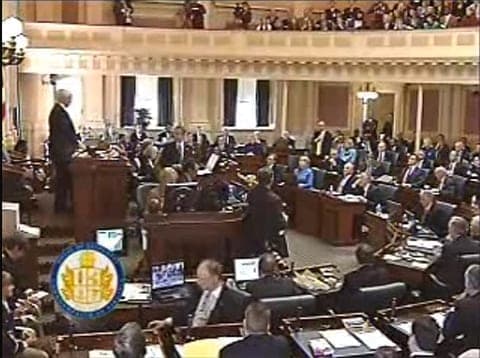 The statute in question, Virginia’s Crimes Against Nature law, technically should have been made defunct after the Supreme Court ruling in Lawrence v. Texas which found that the state could not infringe on the rights of adult individuals to have consensual sex. However, many Republican legislators in Virginia, including former gubernatorial candidate Ken Cuccinelli, fought to keep it in place. The sodomy ban was battered in the courts and the Supreme Court made sure to keep clear of the case. Court rulings have also caused additional complications for those backing the law:

In response, Sen. Thomas A. Garrett (R) filed a bill in December that would have eliminated the ban on adult consensual sodomy, but would have made oral sex between 17-year-olds a felony, even if they were legally married. After ThinkProgress reported on this possibly unintended consequence, Garrett and the Senate Courts of Justice Committee agreed on a substitute version that generally treats all sex equally.

Previous Post: « Bigot Pastor Claims Gays And Lesbians Are Punished By Being Made Effeminate And Mannish: VIDEO
Next Post: Ryan W Wants It ‘Hardcore’ – VIDEO »