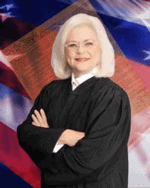 [I]n a well-reasoned opinion by Judge Orlando Garcia, the federal district court found that a state cannot do what the federal government cannot — that is, it cannot discriminate against same-sex couples.

By denying [gay] parents the right to marry, Texas has created a suspect classification of children who are denied equal protection of the law under the Fourteenth Amendment.

This makes her the third state district judge to rule the ban unconstitutional, and the dominoes keep falling.

However, Attorney General Greg Abbott, who plans to run for governor this year as Rick Perry's GOP successor and Democrat Wendy Davis' opponent, has claimed that he will intervene in the ruling.