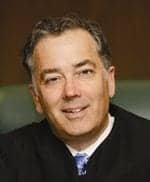 A federal judge on Tuesday declared a ban on same-sex couples marrying in Pennsylvania to be a violation of the equal protection and due process guarantees of the U.S. Constitution. U.S. District Court Judge John Jones III (an appointee of President George W. Bush) said the plaintiff couples suffer “a multitude of daily harms” from the ban. “We are a better people than what these laws represent,” wrote Jones in Whitewood v. Wolf, “and it is time to discard them into the ash heap of history.” Republican Governor Tom Corbett’s press office said Tuesday evening the governor had not yet made a decision regarding whether to appeal the ruling. Last November, he vowed to defend the ban.

President Obama this month nominated an openly gay State Department fellow to serve as the U.S. ambassador to Vietnam. Ted Osius has 25 years of experience as a State Department officer in Asia, including years advising the ambassador to India and serving as deputy chief of the U.S. mission in Jakarta. He had a stint as political and management officer at the U.S. Embassy in Vatican City. And he is currently an associate professor at the National War College in Washington, D.C. The State Department website profiled Osius and his spouse, Clayton Bond, last June as part of its Pride Month recognition. Bond is a foreign service officer at the State Department’s Bureau of African Affairs. Osius and Bond were married in Canada. Previously, President Obama named openly gay men as ambassadors to five other countries. 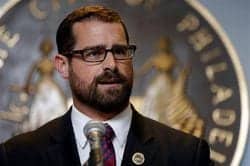