The Ninth Circuit Court of Appeals has refused to reconsider a case in which it ruled that heightened scrutiny was needed for claims of discrimination based on sexual orientation. 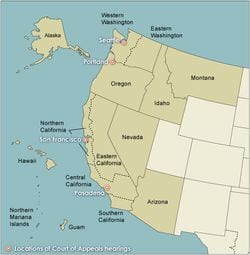 The 9th U.S. Circuit Court of Appeals on Tuesday declined to take up the issue again, though three judges dissented, saying the ruling will have far-reaching implications on same-sex marriage cases and other sexual orientation legal issues.

A unanimous three-judge panel of the appeals court held in January that striking someone based on sexual orientation was unlawful discrimination akin to removing potential jurors because of race or gender.

The ruling subjects all sexual orientation claims within the 9th Circuit’s nine states — including marriage-discrimination claims — to heightened scrutiny, which means treating gay, lesbian, and bisexual people differently under the law will be more difficult to justify when challenged in court. The ruling already has had an impact on the cases challenging Nevada and Idaho’s marriage laws.

Although the Supreme Court has not explicitly ruled on the question of what level of scrutiny sexual orientation claims should receive, the initial 9th Circuit decision in the case, which the court let stand on Tuesday, stated that the Supreme Court’s decision in United States v. Windsor striking down part of the Defense of Marriage Act “established a level of scrutiny for classifications based on sexual orientation that is unquestionably higher than rational basis review.”