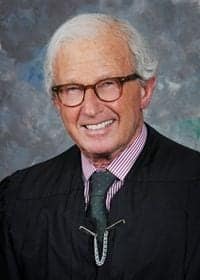 Yesterday we reported that New Orleans-based U.S. District Judge Martin Feldman was set to hear arguments in a case challenging Louisiana’s ban on same-sex marriage. The case brought before the court was particularly concerned with whether Louisiana should recognize same-sex marriages performed outside the state. However, as The Advocate reports, Judge Feldman was not happy with the limited scope of the suit:

After hearing about an hour and half of oral arguments on the question before him, Feldman announced that he wants to decide on both issues involved in gay marriage lawsuits going on around the country; in other words, not just whether Louisiana must recognize legal marriages from elsewhere, but whether Louisiana must also allow same-sex couples to wed here.

“I feel uncomfortable resolving some issues one way or the other and not all issues one way or another,” Feldman said before calling lawyers for both sides into a private conference to sketch out a time line for additional briefs and oral arguments.

Now at stake in this case is whether Louisiana’s ban on same-sex marriage will stand or fall.