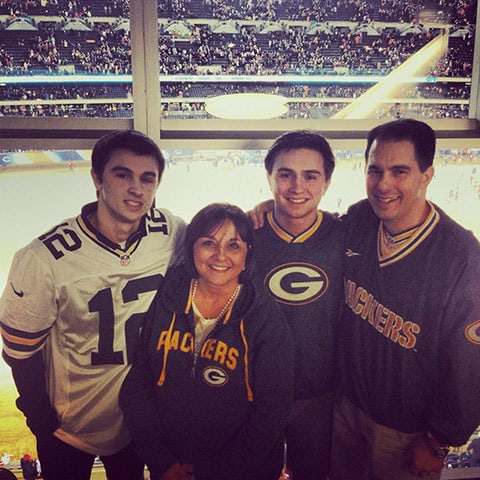 Alex Walker, the son of Wisconsin's Republican Governor Scott Walker, served as one of the legal witnesses at the marriage of a same-sex couple who was wed on June 9, The Milwaukee-Wisconsin Journal Sentinel reports: 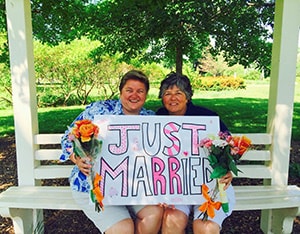 Laurel Patrick, a spokeswoman for the governor, confirmed Thursday that Walker's son was present for the event for the lesbian couple. One of the two women, Patrick noted, is a relative of first lady Tonette Walker.

"Shelli Marquardt is the first lady's cousin," Patrick said in a statement. "She is a part of the Walker family who they dearly love." […]

Patrick did not say whether the governor or first lady attended the same-sex wedding last month. Alex Walker did not respond to emails on Thursday.

Governor Walker has a complicated past with marriage equality. Despite having been a supporter of the 2006 constitutional amendment that banned same-sex marriage in Wisconsin and supporting the state's Attorney General in requesting a stay of the ruling that overturned the marriage ban, he commented that, “I'm not going to pretend to tell a federal judge in that regard what he or she should do about it…I don't know what (allowing gay marriage) means. Voters don't talk to me about that.”

Walker has continued his evasive tactics by saying he simply will not state a position on gay marriage at this point because it doesn't make any difference what he believes. As The Journal-Sentinel points out, "Asked June 12 if he were rethinking his views on gay marriage, the first-term Republican governor — and possible presidential contender — said: 'No, I'm just not stating one at all.'"

Previous Post: « ‘Come Together’ with Pomplamoose: VIDEO
Next Post: Russian Priest Says World Cup Is A ‘Homosexual Abomination’ Because of Colorful Shoes: VIDEO »