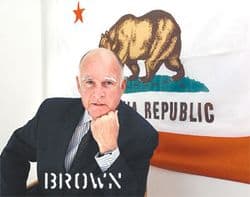 California Governor Jerry Brown has signed into law a bill outlawing the "gay panic" defense in court. Under previous state law, murder charges could be reduced to manslaughter if it was shown the act took place suddenly or in the heat of the moment (so-called "panic" killings). Now, however, it is no longer viable to claim a person's gender or sexual orientation triggered the "panic."

Equality California adds this is the first measure of its kind in the nation.