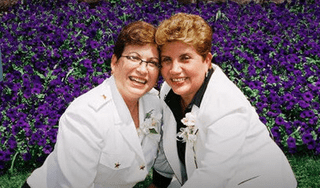 As promised, Lambda Legal has filed an appeal of Federal Judge Perez-Gimenez’s ruling that upheld Puerto Rico’s ban on same-sex marriage. The case will now be heard by the First Circuit Court of Appeals in Boston. The Washington Blade reports:

“Puerto Rico has many loving, committed couples who need the dignity and respect of marriage as soon as possible, and we won’t stop fighting on their behalf,” said Omar Gonzalez-Pagan of Lambda Legal. Ada Conde Vidal and Ivonne Álvarez Vélez of San Juan filed the lawsuit in U.S. District Court in March. Four additional gay and lesbian couples along with Lambda Legal and Puerto Rico Para Tod@s, a Puerto Rican LGBT advocacy group, joined the case three months later.

“The district’s court ruling is not only out of step with the rest of the country, it leaves Puerto Rico as the only jurisdiction within the First Circuit to ban marriage for same-sex couples,” said Gonzalez-Pagan. “During the past year reasoned rulings by district courts throughout the nation and the Courts of Appeals for the 4th, 7th, 9th and 10th Circuits, as well as the U.S. Supreme Court’s actions to let stand some of those rulings, clearly demonstrate that marriage bans, such as Puerto Rico’s, are unconstitutional.”

Gov. Alejandro García Padilla, who is among the defendants in the case, publicly supports civil unions for gays and lesbians. He reiterated his opposition to marriage rights for same-sex couples last week after Pérez-Giménez announced his ruling. “The government should not be in the business of discriminating against its people,” said Gonzalez-Pagan. “It is disappointing that Puerto Rico continues to perpetuate the harms it causes to loving, committed Puerto Rican same-sex couples.” 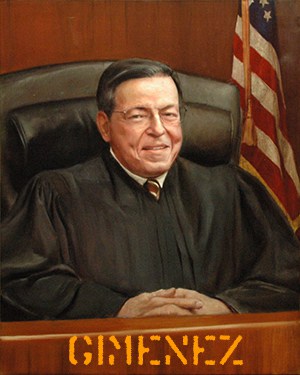 Two years ago, the First Circuit said flatly that it was still required to follow the Supreme Court’s summary, one-sentence ruling in 1972, in the case of Baker v. Nelson.  That ruling, it said, is “binding precedent” which bars an argument that there is “a constitutional right to same-sex marriage.”  And, it noted, the Supreme Court has not overturned that ruling in more recent gay rights decisions.  The Baker decision said without elaboration that a plea for a right to marry a same-sex partner did not raise “a substantial federal question.”

The question now is whether the First Circuit will continue to adhere to that view, in the face of a broad wave of federal court decisions indicating that Baker v. Nelson no longer remained an obstacle to striking down state laws against same-sex marriage.   If the First Circuit holds fast, it could set up a split on this issue that could lead the Supreme Court to step into the same-sex marriage controversy in a way that it has so far avoided.

In his ruling on October 21 rejecting the couples’ challenge to Puerto Rico’s ban, U.S. District Judge Juan M. Perez-Gimenez said that he had no choice because of the 1972 precedent and because of the First Circuit’s comments about Baker v. Nelson‘s continued validity.  The Baker decision, he said, is still controlling, “even when other cases would seem to undermine the Supreme Court’s holdings….The Supreme Court is perfectly capable of stating its intention to overrule a prior case.”

Previous Post: « Katniss Warns President Snow In Final Trailer For ‘The Hunger Games: Mockingjay Part 1’ – VIDEO
Next Post: Apple CEO Tim Cook: ‘I Consider Being Gay Among The Greatest Gifts God Has Given Me’ »