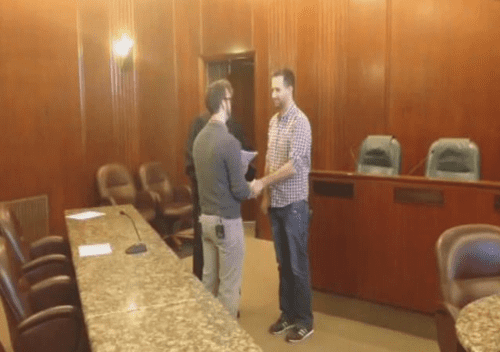 Check out photos and videos of couples tying the knot, AFTER THE JUMP…

Missouri Attorney General Chris Koster, a supporter of marriage equality, has said he will appeal the ruling to the 8th Circuit.

St. Louis City Hall is packed with couples excited to get married! The office will be open until 5. #ShowMeMarriage pic.twitter.com/cL7hfDtO5i