Author Dawn Bennett has been told by HarperCollins Christian Publishing that she will have to condemn her daughter’s sexual orientation before her book can be published, reports Human Rights Campaign. 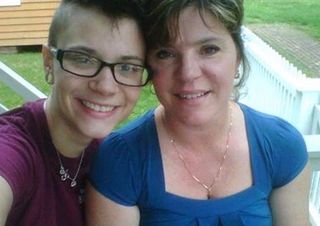 Bennett’s book centers on her story as a Christian mother supporting her lesbian daughter and “the hurt and harm that my daughter and our family has experienced at the hands of certain biblical interpretation.”

In an email from the publisher’s content evaluation department – managed by HarperCollins subsidiary Thomas Nelson publishing group, which considers homosexuality to be sinful behavior – Bennett was told any mention of “homosexual behavior” would have to be “presented as a sin”.

The email also insisted “the person who committed the act is remorseful and has or currently is taking steps to change their lifestyle.”

Bennett has attacked the implication that homosexuality is "sinful behavior that can and should be changed" and highlights the harmful effects of so-called "ex-gay" therapy, a practise that was recently banned in Washington, D.C.

Bennett says the publisher, which has many LGBT titles in its catalogue, "shouldn’t be able to take our money with one hand and then shame us with the other."

Bennett has started a petition on Change.org to make customers aware of the publisher’s actions, especially where it “promotes causing others harm.”

No stranger to controversy, the Thomas Nelson subsidiary was sued back in 2008 by a man who said that versions of their Bibles which call homosexuality a sin violated his consitutional rights. HarperCollins Christian Publishing is also marketing and promoting a number of Christian-themed products from the Duck Dynasty family.

UPDATE: Towleroad has receieved the following message from HarperCollins in response to our post:

As soon as we learned of Ms. Bennett's petition we looked into the situation and determined that there was a third-party subjective application and misinterpretation of the editorial guidelines. It was not an accurate reflection on the editorial standards of Thomas Nelson, or any other publishing group within HarperCollins. We issued an apology to Ms. Bennett immediately, refunded her money and offered for her to continue the publishing process with WestBow. We are taking the appropriate steps to ensure that this does not happen again. We are sincerely sorry to her and her family for any harm, pain, or embarrassment that this may have caused.

Previous Post: « An Inside Look At Some of the 100 Trillion Microorganisms Inside You – VIDEO
Next Post: The Red Tutu Remix of Sia’s ‘Chandelier’ Music Video You Never Knew You Wanted: WATCH »