A bill that would have allowed religious-based discrimination against gays failed to pass a Virginia House of Delegates subcommittee Thursday, the Washington Blade reports: 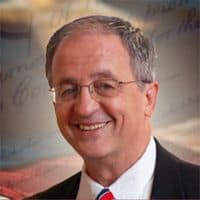 “Equality Virginia applauds the subcommittee for voting against this discriminatory and destructive bill,” said James Parrish, executive director of Equality Virginia, a statewide LGBT advocacy group. “This bill would have hurt too many people, damaged our business climate, and highlighted Virginia as a hostile and unwelcoming place to live and work. The majority of Virginians agree that discrimination against LGBT people is wrong, and thankfully today’s vote reflects that opinion.”

Marshall (pictured) is the same anti-gay wingnut who last year sought to impeach Virginia's attorney general Mark Herring for refusing to defend the state's same-sex marriage ban in court. He has also spoken at length about his belief that “sodomy is not a civil right.”