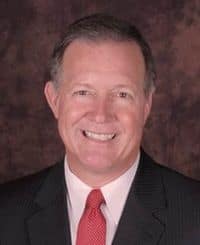 You’ve got to be watching the absolute insanity out of some of these judges across the country, especially what’s happening in Alabama where just the turmoil created by the Windsor case, the Supreme Court striking down that part of the Windsor case, has been unbelievable. They have just thrown the entire country, in my opinion, into turmoil with a lot of these judges saying, ‘Well, it’s a right, the people of those states cannot choose what they want their state to look like.

Last week, Weber joined Texas Senator Ted Cruz in introducing the "State Marriage Defense Act" which would prohibit the federal government from recognizing same-sex marriages in states that ban them.

Listen to Weber's radio interview, AFTER THE JUMP…

Previous Post: « ‘If I Die On Mars’ Talks To the Daring Souls Signed Up for a One-Way Trip to the Red Planet: VIDEO
Next Post: Massive Hudson River Park Backed by Barry Diller and Diane Von Furstenburg Wins Unanimous Approval »