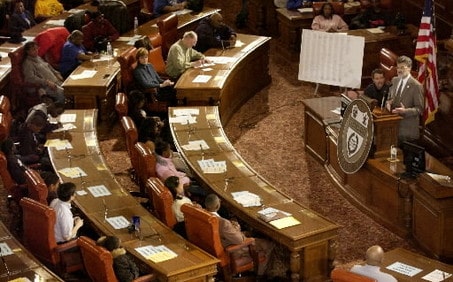 In a 14-2 vote, the city council of Cleveland has passed a bill to show its support for same-sex marriage. More symbolic than purely legislative, the bill does not make gay marriage legal within the city, but rather it’s a part of Why Marriage Matters, a larger statewide movement urging cities throughout Ohio to come out in support for its LGBT populations.

“It’s joining Cleveland to the chorus of other voices around Ohio that says we are ready for the freedom to marry,” said Why Marriage Matters Ohio’s campaign manager Christopher K. Geggie. “We’ve gone on a very long journey since 2004 when the constitutional ban came into place. From every single segment of our state, people are saying that Ohio is ready.”

Why Marriage Matters, a grassroots campaign rallying support for Ohio marriage equality has been working to reach out to members of local governments, religious institutions, and social organizations. Their work is all leading up to the Supreme Court’s hearing of a case that will decide the future of gay marriage in the state.This upcoming Friday Why Marriage Matters is throwing a send-off for Jim Obergefell and his late partner John Arthur, a Maryland-married couple whose fight to have their relationship recognized in Ohio could set a momentous legal precedent.

Watch a report from WKYC, AFTER THE JUMP… 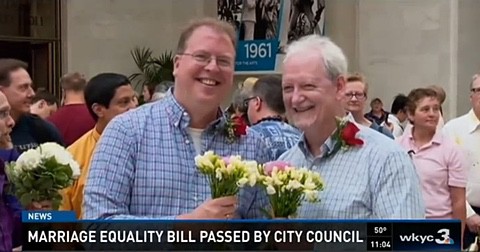