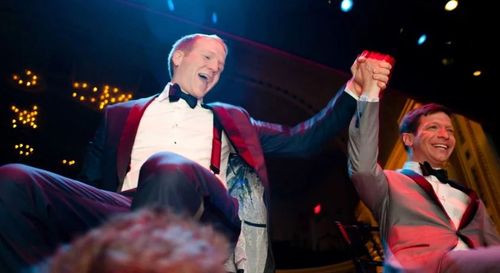 Support is up only slightly from last year but is a reversal from public sentiment a decade ago, when opponents outnumbered supporters 58 percent to 39 percent.

In the short and long run, support for same-sex marriage has grown significantly across demographic and political groups.

Among those under age 30, support has grown since 2005 from 57 percent to 78 percent. Among those 65 and over, it has increased from 18 percent to 46 percent. Support has also risen by double digits across partisan groups, though Democrats and independents have shifted the most.

Despite that, wide swaths of opposition persist among important voting groups. More than 6 in 10 Republicans oppose allowing gay couples to marry, and that increases to 71 percent of conservative Republicans, who play a critical role in the party’s presidential primaries and caucuses.

Same-sex marriage is currently legal in 37 states plus the District of Columbia.