The two main organizations behind the No campaign in Ireland's marriage referendum have conceded defeat and issued statements congratulating the equality side's victory.

Catholic-based anti-gay activist group Iona Institute, which aired a series of misleading fear ads ahead of the referendum vote, sent out the following press release:

We would like to congratulate the Yes side on winning such a handsome victory in the marriage referendum. They fought a very professional campaign that in truth began long before the official campaign started.

For our part, The Iona Institute is proud to have helped represent the many hundreds of thousands of Irish people who would otherwise have had no voice in this referendum because all of the political parties backed a Yes vote. 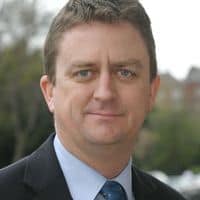 "We believe a fought a good campaign. It was always going to be an uphill battle. However, we helped to provide a voice to the hundreds of thousands of Irish people who did vote No. The fact that no political party supported them must be a concern from a democratic point of view…Going forward, we will continue to affirm the importance of the biological ties and of motherhood and fatherhood. We hope the Government will address the concerns voters on the No side have about the implications for freedom of religion and freedom of conscience.”

"We offer our warm congratulations to the YES campaign on their victory. There are thousands of people who worked hard for them to achieve this result, and they can be justifiably happy with their efforts today. Though at times this campaign was unpleasant for people on all sides, nobody who involves themselves in a campaign does so with anything but the good of their country at heart. There is no better way to resolve difference than the way we are using today. From our point of view, we have represented a proportion of the population greater than those who support any political party. One in three Irish people in this campaign was not represented by the political establishment, the media, or the institutions of state. We are proud to have fought on behalf of those voices when nobody else would. Today’s result was achieved by the Government after they issued certain promises about surrogacy, adoption, and a range of other issues. A lot of voters believed those assurances and they must now be kept."