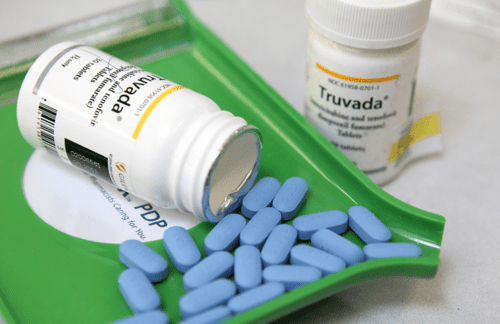 A new study into Truvada’s efficacy as a form of pre-exposure prophylaxis (PrEP) has found that the drug is most effective at preventing HIV contraction after a person has been taking the drug for a full week. The study also further detailed just how effective PrEP proved to be at reducing the risk for HIV infection. One of the major arguments against PrEP’s use has been the belief that at risk populations like drug users might not take their medication regularly enough to benefit from its protection.

According to the study’s findings, subjects exhibited risk reductions ranging between 75 and 91 percent after a single day’s dosage. After three days, risk reduction rose to somewhere between 95 and 97 percent, and after five to seven days the drug proved to be 98-99% effective. Apparently risk reduction remains well above 90 percent after a week going off of Truvada, presumably because of the drug’s presence within people’s bloodstream.

“High PrEP activity for MSM was achieved by approximately 1 week of daily dosing,” the study’s authors explained. “Although effective intracellular drug concentrations persist for several days after stopping PrEP, a reasonable recommendation is to continue PrEP dosing for 4 weeks after the last potential HIV exposure, similar to recommendations for postexposure prophylaxis.”

It’s important to point out that while the study’s findings applied specifically to people who were taking Truvada at regularly scheduled intervals from day to day. Current trials looking into the drug’s ability to prevent HIV infection when taken immediately before sex are still ongoing but have yet to provide similar results.

Read more about the study’s findings here and here.