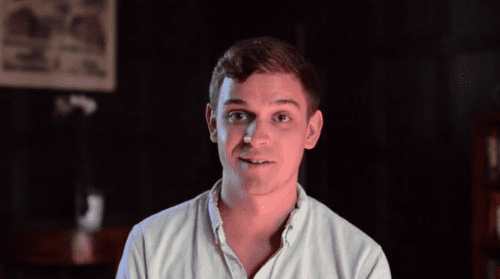 Q, the new social network developed by Eric Cervini, wants to do away with the left-swipe. As apps like Grindr and Tinder have come to changed the way that we date and interact with one another, online dating has become something akin to a digital meat market. Q, as Cervini’s Kickstarter describes, envisions a different future for romantic, virtual connections. Rather than separating its users by gender identity and sexuality indiscriminately, Q promises to be the first social network for people who explicitly identify as queer.

“Right now, the largest gay app prevents access to everyone but men, and it has an irrevocable license “to reproduce, distribute, [and] publicly display” everything we share. It’s exclusive, and it invades our privacy—we deserve better,” Cervini expressed via the project’s Kickstarter page. “That’s why I’ve created Q, a community-driven social networking app for humans – of all genders and sexual orientations – who identify as queer.”

Q wants to incorporate all of the progressive measures that companies like Facebook have implemented as they’ve worked to become more inclusive spaces for queer people. Where networking apps like Grindr and Scruff have generally limited their users to identifying as male, Q aims to be open and accessible to all people regardless of their gender identities.

Cervini’s project is looking to raise some $25,000 and as of the publishing of this post his Kickstarter has raised nearly $4,000. If you’re interested in bringing the first queer-positive social networking app to market then click through here, and let us know if a service like Q is something you think is worth investing in the comments AFTER THE JUMP…