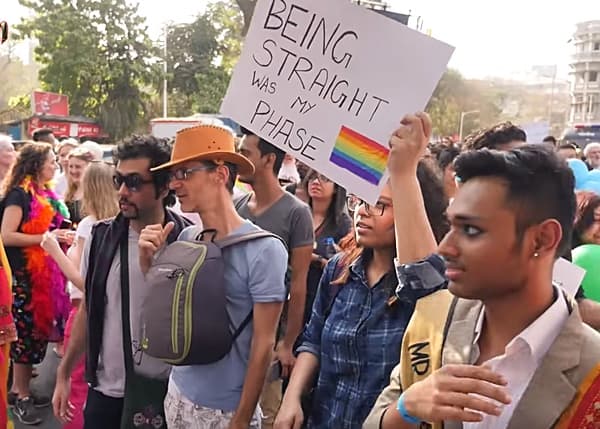 The parade began with a gathering of people greeting each other “Happy Pride!” The procession began outside August Kranti Maidan and ended at Kennedy Bridge, halting the city’s traffic as police cordoned off half the roads.

Colourful flags with the LGBTQ rainbow colours and a variety of signboards marked the procession. Musicians played dhol drums and the dancing continued with supporters thronging the streets to celebrate.

An attendee, Aditi Phadnis (23) said, “The atmosphere was colourful, and the parade was very well-organised.” She added, “It is so nice to see so many people in Mumbai and in India who voice LGBTQ support. It is a revelation to see a tangible sign of things changing in India.”

Parents were also seen supporting their children at the parade, like Savita (48), who attended with her daughter Smita. For Ms. Savita, the chance to support her daughter is one she does not want to miss. She said, “It feels nice knowing how many people in the city are open about this cause, and have gathered so happily. It feels really good to be here.”

Gay sex is illegal in India under a colonial-era penal law. Although the law was repealed in 2009, it was reinstated in 2013 by the Supreme Court.