More of this please. the Trump vs. Meghan McCain classic and now updated. -ed

Donald Trump is not wasting time and going at it with Meghan McCain, spewing petty hate in response to her claims regarding his daughter Ivanka and son-in-law Jared Kushner.

The former View host called the two “funeral crashes” after they both attended her well-known father John McCain‘s funeral uninvited.

After Trump caught wind, the former president labeled McCain as a “low life” and “bully” before also attacking the other hosts on The View by calling them “Slobs and Radical Left maniacs.”

“Isn’t it funny that Meghan McCain, who has always been a bully and basically a lowlife, is now complaining that it was she who was bullied by the Slobs and Radical Left maniacs of The View?” he said in a statement.

Trump also took the opportunity to take a jab at Meghan’s dad, a former United States senator who he claimed he was never a “fan.”

“At the request of many of her representatives, I made it possible for her father to have the world’s longest funeral, designed and orchestrated by him, even though I was never, to put it mildly, a fan,” he added.

“In any event, Meghan should fight the Communists instead of explaining how they beat her, hurt her, and made her physically ill. She should fight back against the losers ofThe View the way she fights against very good and well-meaning Republicans, and she would do herself a world of good.

McCain responded to Trump’s attack by thanking him “for encouraging everyone to buy my Audible book Bad Republican where they can hear my story in my words.”

The retaliation from Trump comes after the Daily Mail columnist recalled seeing Ivanka and Jared during her father’s service in an interview on Watch What Happens Live. She claimed the situation “angers” her.

“I remember seeing them and seeing her [Ivanka] specifically,” Meghan told the host Andy Cohen. “they had no God-damn business being there, and it’s something that still angers me, clearly.”

During the interview, she claimed that she was bullied out of her job on the primetime show blaming her co-workers.

“Only one person was bullied out of their job and doesn’t work there anymore, and I think that really says it all,” she explained.

As Radar previously reported, McCain announced her departure from The View in July after being a permanent co-host for four seasons. She reportedly “had enough” with the job after constantly getting into arguments with her other co-hosts, especially with her role as the only conservative voice on the panel. She reportedly had two more years left on her contract at the time of her exit.

Trump vs. Meghan McCain on Towleroad 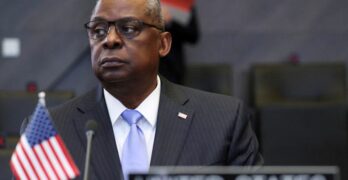 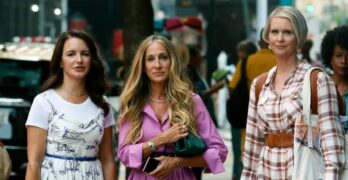 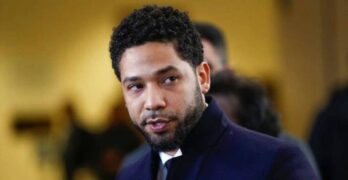 More
Load More
Previous Post: « A Ryan Gosling Ken Doll in Your Barbie Future? He is Cast Opposite Margot Robbie in Live Action Barbie Movie
Next Post: Broadway’s ‘Phantom of the Opera’ plots a cautious return to the stage »