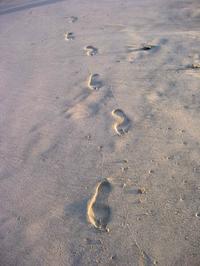 At the edge of Los Angeles, a silver strip of road called the Pacific Coast Highway divides the grassy bluffs from the tranquil beach. The busy highway is an uncomfortable yet necessary intrusion — necessary at least from a practical, urban point of view, from the perspective of a city population in the millions and pushing outward that needs to get from one place to another.

Somehow this trampled, geographically coveted area known as Malibu retains the feeling of an escape, a laid-back sliver of the easy life, as if people choose not to notice that the nearby celebrity beachfront compounds abut one another like an insane circus train (or clown posse) on its way to San Luis Obispo, or that the traffic crawls as slowly here as anywhere in L.A. Rush and calm cohabitate peacefully. 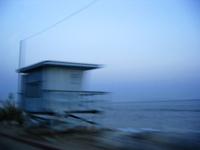 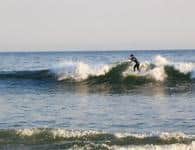 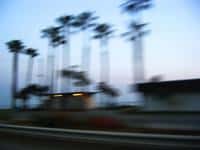 Malibu is a cliche, yet in its artificiality, I suppose, is something genuine: the realization that there’s nothing we can do about the traffic or the often toxic tides. Denial is in full force. 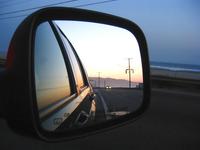 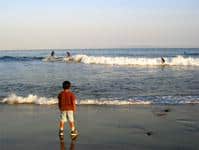 And it’s amazing on a blistering 100-degree day (like yesterday when I took these shots – click to pop-up), how the blue and pink light can look as cool and luscious as something you’d like to lick off a cone. 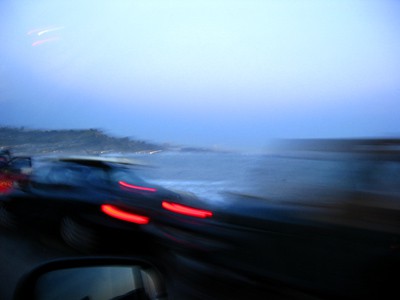