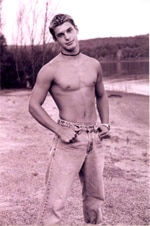 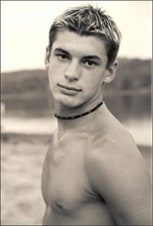 Soon the Manhunt will be over and we will all have an appropriately doe-eyed trophy for above our fireplaces. However, until then, we feel obligated to report on the pursuit of the flesh that makes this show the train wreck that it is. From an early age it appears, last week’s Manhunt evictee was driven toward modeling.

A reader directed us to these Hunter photos taken in 2001 at the ripe young age of 17, which prove that everything turns up eventually. Still, even if they are suited more for xy magazine or a Howard Roffman shoot than the next D&G campaign, we think Hunter’s “anything but naked” philosophy is probably one that will serve him well for the future. (Thanks briefs18)