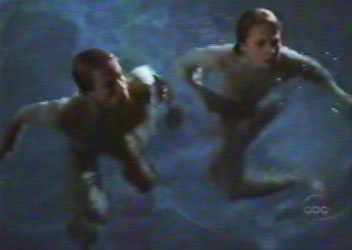 The only piece of dialogue in Sunday’s Desperate Housewives “outing” episode that made me cringe slightly was when Ryan Carnes said, “I’m gay, but I’m not a jerk.” But considering the kid’s confusion, it seemed like a natural thing to say. As Sarah Warn at AfterElton points out, however, the episode was groundbreaking for network TV considering there have only been four shows airing gay kisses in the last 20 years, while lesbian liplocks number over 30 in the same period.