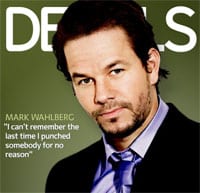 The New York Times has declared beards back in, that is, ones that stretch “from the chin and mustache out to the sideburns” and not ones you carry on your arm in front of the cameras. But we digress.

Citing “counterculture heroics” in the movies, youth in “hipster hangouts”, and psychological studies that link beards to masculinity, the gray lady has declared the beard back.

“There is even a reference to the gay subculture of ‘bears’: men who are unapologetically hirsute. Largely a fringe element only a few years ago, bear culture is winning converts among gay men turned off by the plucked and waxed world of ‘Queer Eye for the Straight Guy.'”

But some New York “bears” are not happy with the article (” I think it’s stupid, and I hate when Style Writers make a look I like “trendy.” It also seems to make beards seem effete, studied and in need of a $75 groomer. I personally view mine as a way to avoid grooming entirely and to stick to a $12 barber.”). Of course it doesn’t help when the article is written by a bitchy ex-housemate from Fire Island. Meow!

Beards are the mark of movie stars “who flaunt their whiskers as a kind of too-cool-for-school look when not shooting” such as Mark Wahlberg, who can’t remember the last time he punched somebody for no reason. I guess that makes him too cool for school.

Our friend Rod (formerly at brotha2brotha), who incidentally moved his site earlier this week, hit briefly on the article appearing in this month’s Details featuring Mr. Wahlberg on the cover, noting that the article skips and jingles over Wahlberg’s thug past and right into the arms of what every Details reader wants to read about: the gays that turned him into an overnight sensation. 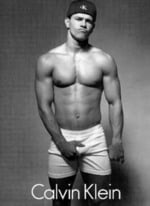 “David Geffen is the one who spotted the marketing potential in this finely calibrated dance of seduction and menace, urging Calvin Klein to hire the kid as an underwear model. To Wahlberg, the Herb Ritts photo shoot that turned him, overnight, into a poster boy for male prerogative seemed like no big deal—an easy paycheck, a free lunch, an hour or two making nice with a topless British girl named Kate Moss. Also dropping by the studio, he recalls, were a number of prominent Hollywood executives: enough of the so-called Gay Mafia to give Michael Ovitz the vapors. ‘I think it was always clear what I like, my sexual preference,’ Wahlberg says, ‘so I wasn’t threatened by it.’

In the end, it was precisely Wahlberg’s nonchalance about his own sexual power that made the resulting pictures so subversive. This was 1992, and the sensitive male was in ascendancy. Wahlberg, with that dumb-ass smirk and willy-clutching joie de vivre, celebrated a side of the male libido that the rest of us were busy trying to stuff back into our Dockers.”

Probably one of the most homoerotic ads ever created. So what’s right and what’s wrong and does any of it really matter or is it just a way to fill newspaper (and blog!) space and make people think they need to change themselves to be ‘too cool for school’?

I’ve found myself attracted to both pretty boys with a little bit of nelly in them and rough, masculine, hairy men. I think it’s all about the context and not having the urge (in many ways thrust upon us by the media) to put people into little boxes. Why should we limit ourselves?

Please note that I’ve used the royal “we” throughout most of this post. I just felt like it.

Shaggy Chic: The Call of the Semi-Wild [nyt]