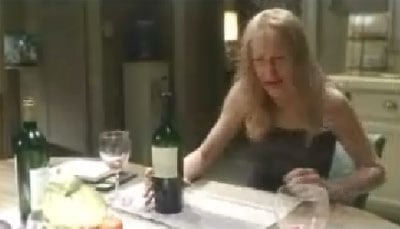 “….there’s a reason George fucking Bush got re-elected! Shit goes wrong because there is evil in the world.”

I usually depend on Crooks and Liars for their juicy political clips, but I had to share this moment from last week’s Six Feet Under featuring the brilliant Patricia Clarkson. SFU has been accused in the past for sneaking in stabs at Bush, but I hardly noticed this one because I was so focused on Clarkson’s intense performance.