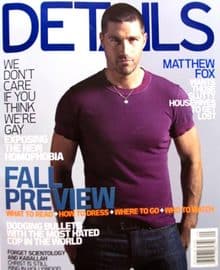 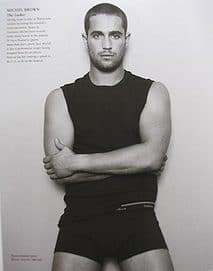 Details further cements its reputation as the new gay media, declaring “metrosexual” and “gay vague” terms that thinly disguise a more insidious form of homophobia: “the sudden need to clarify gender and behavioral boundaries—to pointedly redefine what’s acceptable for straight dudes while simultaneously keeping homos safely on the other side of the divide.” Writer Simon Dumenco argues that metrosexual is “a swishy form of linguistic armor—cover for guys acting all gay while still hanging on to their manhood.” Metrosexuality is “mostly about slightly more stylish, defensive straight guys acting more macho than ever.”

To me the whole article feels a bit overblown, trying a bit too hard. Like the gayest magazine on the newsstand today declaring “We don’t care if you think we’re gay.” But that’s the whole point, isn’t it?

Let’s just forget about all this and move on to the sexy Perry Ellis ad insert on page 167 which features, among others, darkly delicious Telemundo actor Michel Brown (who looks like the slightly hotter twin of cover boy Matthew Fox) and puppy-dog-eyed Bobby Cannavale showing off just what a Cuban/Italian stallion can do for a sharkskin herringbone pant. 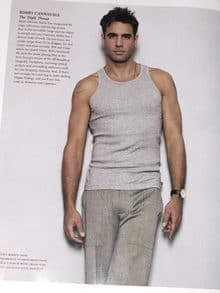 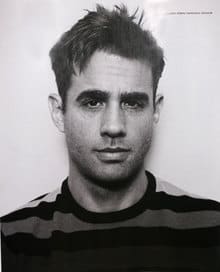